Home > News > Pluto Has a Heart and Other Cool Facts

Pluto Has a Heart and Other Cool Facts

Pluto has a special place in the hearts of Flagstaffians. After all, we discovered it. Okay, we as a community aren’t responsible for what once was considered the 9th planet in our solar system, but it was discovered by Clyde Tombaugh at Lowell Observatory. So yeah, we may try to claim a bit of credit. What can we say? We’re proud and we don’t have any sports teams. Recently our beloved Plutoid has been the topic of conversation as the New Horizons spacecraft finishes its 9-year-long trek and passes Pluto. Coming within 7,800 miles of its surface. Not since 2006 when Pluto’s planet card was vetoed has Tombaugh’s discovery been more popular. We are unapologetic fanatics for what is very much a full blown planet in our hearts. Here are five fun facts about Pluto to help you understand why.

Pluto was discovered by a research assistant.
Tombaugh was only 24 years old when he discovered Pluto. Tombaugh’s ashes are currently aboard the New Horizons spacecraft. All the feels!

Pluto was named by an 11-year-old girl.
Venetia Burney suggested the name Pluto after the Roman god (Pluto’s Greek counterpart is Hades). Astronomers liked the name because Pluto’s first two letters were the initials for Percival Lowell.

There is life on Pluto.
No. It doesn’t. We made that up. But depending on where it is in its orbit, Pluto has an atmosphere made up of nitrogen, methane and carbon monoxide. Because we teased you with the extraterrestrial talk, we’ll throw in an extra fact. In the 76 years since Pluto’s discovery the planet has only completed under a third of its orbit.

Pluto has a heart.
Measuring about a 1,000 miles across is a relativity featureless surface in the shape of a heart. Awww, that’s so sweet! Would it be too cheesy to say Pluto wears its heart on sleeve? Yeah probably, but who cares!

Pluto is smaller than Earth’s Moon.
With New Horizons it has been discovered that Pluto is larger than originally thought at 1,473 miles in diameter. Smaller than our moon an only roughly 18% the size of Earth. Truly, it’s just adorable.

There you have it. Five fun facts about our beloved Pluto. Sure it’s small and to some not “unique enough” to be considered a planet, but in our little mountain town we can’t help but feel a sense of pride when thinking of the little guy. New Horizons has passed Pluto but the party is far from over. Join in on the celebrations by attending Pluto Palooza at Lowell Observatory now through the July 19.

Want to learn more about the final frontier? Check out the Astronomy section at your local Bookmans.

Making A Splash With Moon Mermaid! 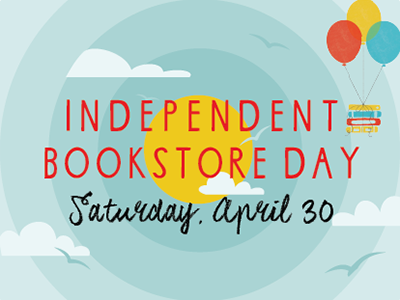