It is June’s Tunes month here at Bookmans and with summer in full swing, the kids home from school and everything hot enough to practically explode, no one wants to do much straining and that includes what you watch. Musicals are the perfect choice for a feel good film that will be enjoyed by everyone. Here are our top picks for the summer!

Our first musical film to discuss is Josie and the Pussycats! The lighthearted film feels like a classic even though it was released in 2001. The live action adaptation of the 1970’s cartoon stars Rachel Lee Cook, Tara Reid and Rosario Dawson as the terrific trio. Many of us savor fond memories of the classic cartoon Josie and the Pussycats that first debuted in September of 1970. The characters were originally a spin-off from the Archie series, having made there first appearances in that comic.

The film features the antics of an all-girl rock band as they travel the world, playing concerts, getting into often hilarious shenanigans, solving mysteries and foiling the schemes of hapless villains. The cartoon version was a smash hit among the 8 to 12-year-old set, especially females, due to its brave portrayal of a groovy girl group having exciting adventures, traveling, enjoying popularity and success and most importantly, getting to wear those fantastic clothes.

The film adaptation did remarkably well in transferring these loved characters from not only the small screen to the big one, but also from animation to real life (well…real cartoon life). Movie Josie, Melody and Valarie looked like their cartoon counterparts and were surprisingly believable within the reality of the film. True this film was never destined to win any major awards, but that doesn’t take away an ounce of its charm or a moment of the audience’s enjoyments. Josie and the Pussycats has also stood the test of time, proving to be as fun as it was when first released.

Next on the list is the Disney classic Chitty Chitty Bang Bang. With its superb cast including Dick Van Dyke, Sally Ann Howes and Lionel Jefferies, Chitty Chitty Bang Bang survives the generations as a kid favorite. This is one of those landmark films like Bed Knobs and Broomsticks and Mary Poppins that all children should see. My favorite part of this film is the commitment to character that the actors maintain. Too often in kids movies there exists a subtle undercurrent of disbelief in the actors. It translates to the audience as a type of cringing on the actor’s parts. It’s almost as if the actors want to stop and scream “I know it’s stupid, but I needed the paycheck” into the camera. The hesitation and lack of commitment that keeps the audience from suspension of disbelief thus robs them from truly enjoying the film. The actors in Bang Bang are not only competent pros, but are fully committed to the action, to the world of the film and to the characters they portray. What results is a charming piece of nostalgia frozen in time; a snapshot of the magic of childhood.

On the other end of the spectrum is the fully adult Moulin Rouge directed by Baz Luhrmann. This is a literal movable feast for the eyes and the ears. Moulin Rouge stars Ewan McGregor and Nicole Kidman as star-crossed lovers caught in the tumultuous life of the famed Moulin Rouge cabaret club. The actual Moulin Rouge saw the birth of the Bohemian movement as orchestrated by the brilliant and troubled Henri de Toulouse-Lautrec. This is my all time 2nd favorite film, so it is difficult to keep the commentary brief. I will say that although the kids would truly enjoy the lavish visuals, the well choreographed musical scenes and the dynamic characters and costumes, the film is not for children. This is an adult-themed flick whose admittedly buried commentary and side humor is none-the-less not meant for tiny eyes and ears.

These are just a few of our top picks of summer flicks to keep you cool and entertained this summer. Stop in to your local Bookmans to load up on your favorites! 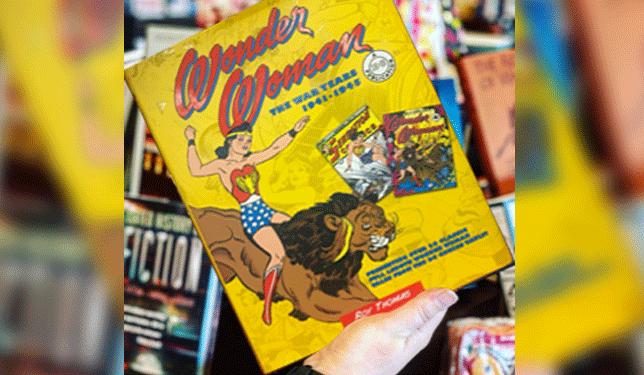