We could publish an article a week for the rest of our existence featuring scandalously brilliant women and still not scratch the surface of their contributions. From across the entertainment spectrum women are ridiculed, demeaned and suppressed. Countless women endure hardships for letting their creative voices out and we thank them. Today we highlight just five women whose work has been censored or banned. Each one deserves recognition.

Ciara: Singer, songwriter, producer, actress and dancer, Ciara is seminal to hip-hop culture. Beginning with the girl group HearSay, she’s gone on to release six albums of her own with one coming out this year. When she released her video “Ride” from the album Basic Instinct in 2010, BET refused to show it for the depiction of “sexual images” and its risqué attitude, despite being on the Top Ten charts. The UK also banned the song from their music channels. If you haven’t seen the video or heard the song, check it out. “Like A Boy” is another scandalous song we can’t get enough of.

Maya Angelou: This beautiful author, poet and singer is one of the most banned authors in America. She occupies the #3 spot on the ALA’s top 100 banned and censored authors from 1990-2000 and the #6 spot from 2000-2010. Angelou has remained in the top 10 every year since. In total there have been 40 challenges to her works since 1983 and that’s just what’s been recorded and filed. Dealing with issues including rape, molestation and homosexuality, her work is questioned for male dominance and racist themes. While everyone decried her memoir-esque book I Know Why The Caged Bird Sings, she was off winning awards such as the Grammy and Emmy.

Rupi Kaur: If you’re Instagram savvy you likely saw the commotion about her picture featuring a woman, herself, in sweatpants who had period leakage. Instagram deleted the picture even though it showed no nudity or offensive imagery. In response several female performing artists and authors spoke out against the phenomenon and stood in solidarity for women’s rights and their image in society, especially issues regarding women and their periods. Kaur’s statement on the matter is this, “Their patriarchy is leaking. Their misogyny is leaking. We will not be censored.” If you’re interested in supporting Kaur, check out her new book of poems Milk and Honey.

M.I.A. Recognized worldwide for her hit song “Paper Planes” off the album Kala, M.I.A. is a musician, director, artist and an exemplary activist. YouTube initially banned her video “Born Free” because it depicts images of military officers with American flags as they round up young boys and then fire on them. The video has since been made available. M.I.A. was also restricted from coming into the U.S. during the release of Kala. Since then she’s been vocal on global military issues, particularly where Sri Lanka and the Tamil people are involved. M.I.A. has an untitled documentary that covers her role as an activist and musician.

Nothing makes us want to do something more than when we are told we can’t. Censoring works of art, music and literature often sheds more light on the issues that some would keep hidden in the dark. We cheer these five censored women, and all women who endure the hate and continue to rock the world with inspiring messages.

* Bookmans is your store to explore. We can’t guarantee stock so if you are interested in a particular banned, challenged or censored book, please give us a call and we’ll check our orange shelves for you. Otherwise, we hope you will come and browse.

Love for Literacy at Bookmans

The Haunting Of Ed and Lorraine Warren 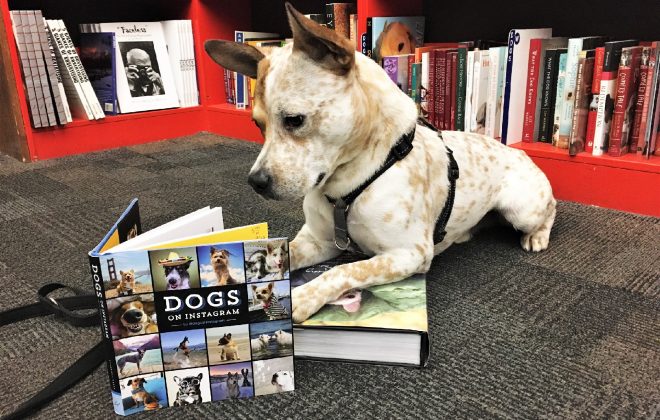 Why I Read to My Dog