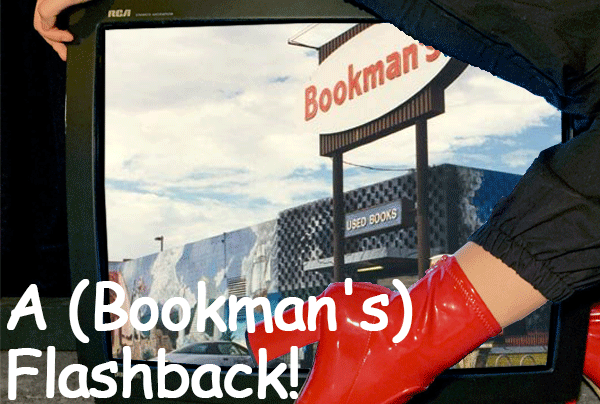 If you grew up in Arizona, you likely went to Bookmans as a kid. We have been around since 1976, after all. We’ve been through some serious changes over the years, one of the biggest being dropping that apostrophe in our name. Yep, you’re not experiencing some Mandela effect nonsense. One day it was there and the next, it wasn’t. Bookman’s was and then was not.

Bookmans used to be spelled Bookman’s. We don’t blame our customers who haven’t dropped the apostrophe. It’s a flashback to see it sometimes, at least for us on the inside, but we get it. In fact, digging down into the past has dropped us down a rabbit hole of old Bookman’s commercials featuring Bookmans founder Bob Oldfather. And that’s really what this is all about. Queue the flashback!

First, there is this Cat in the Hat rap. It is… awkward. But also, seriously cute. The rhyme is great, the costume is on-point, and of course, the original Book Man makes an appearance. Cheers to Bob for always committing to the role!

Then there’s the used car commercial. Classic Bookman’s. Not only does its messaging hold up today, but it is a thoughtful way to express something that we all know to be true: used is not a dirty word. Everything we have is used, even if we don’t think of it that way. Let Bob explain.

Remember when CDs were a thing and also when we thought they would be the go-to music delivery system of the future? Yeah, we can all cringe together while watching this CD sale commercial. Also, this Bookman’s commercial drops the old Bookmans’ slogan “Right on the corner, right on the price” for extra nostalgia points. 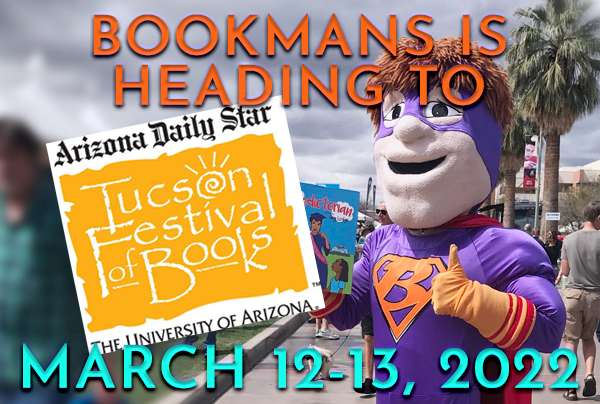 We’ll See You at the Tucson Festival of Books!

It's Easy Being Green at Bookmans this April!