If you are stuck trying to find the perfect gifts for your favorite survivalist out there, we have a couple of our favorite survival movies to help you out and stuff the stockings of your apocalyptic junkies and that are sure to get them gleaming under the tree.

“The Road” is about a father and his son trying to survive long enough to make it to a safe space in a post-apocalyptic world. The Man, played by Viggo Mortensen, and the Boy, played by Kodi Smit-McPhee, experience a very realistic and probable lifestyle in a world of this nature. The Man is a very effective protector and takes as few chances as possible in order to keep his son alive. Together the Man and the Boy travel south through the United States, starting presumably in Pennsylvania. Throughout their travels, the pair endures very honest and probable situations such as weather, food, and defense.

The film is shot very well. The cinematography is simplistic and honest. The camera work excellently fits the situation the characters are currently experiencing. Whether it is a playful or calm setting, the camera work stays either static, or with minimal movement. Any intense shifts in camera or lighting styles are motivated by situation our characters are in.

We would recommend this film to any post-apocalyptic junkie or someone who would enjoy a genuine drama within a genre that is usually over saturated with action and unnecessary stunt work. The film does an excellent job developing the characters, showing the growth of the boy as he learns from his father, and depicting an accurate portrayal of how the average person would most likely experience life after the apocalypse. Gifts for your cousins Chris and Jessie, check.

Another great title for this gift season is “The Rover”, written and directed by David Michód.

“Not everything has to be about something.” These words, spoken by Robert Pattinson’s character Rey, describe the majority of this film perfectly. Rey, and Guy Pierce’s character, Eric, meet in a hostile situation, leading to possibly one of the most sincere and underplayed friendships of 2014 in cinema. The two men go on a long trip through Australia to track down Eric’s car, stolen by Rey’s brother and his two accomplices. You can say you nailed it when someone opens these gifts this year.

The first shot of the film sets up the world as a desolate, poor, consistently declining world in this post-apocalyptic tale. Eric sits in the middle of this, silently. His stoic features make him an intimidating force within this setting. He is ruthless and unforgiving. Our introduction to Rey is much more sympathetic as he has been left for dead by his own brother, lying on the hot Australian road with a gunshot wound in his side.

The raw, and at times, unforgiving dialogue places the events of this cinematic feature in a brutal landscape. The citizens still use currency, the police still function, yet the world has no moral code. It makes for a very interesting watch. The cruel violence may have an unsettling vibe for some, but enthusiasts of this genre will fall in love with the characters of this story. You sympathize with the half-wit Rey, rooting for him along the way and connect with the anti-hero Eric, even though he is a despicable person; although a survivor in the unforgiving terrain of post-apocalyptic Australia.

Although we can’t guarantee stock these particular titles, our apocalyptic love runs deep and we always have something to make your gift shopping a breeze – plus, a stop in to any of your favorite Bookmans location will mean a staff full of knowledge that is happy to recommend other great titles for gifts to give the apocalyptic junkie on your list.

Bookmans’ Gallery Is Where It’s At 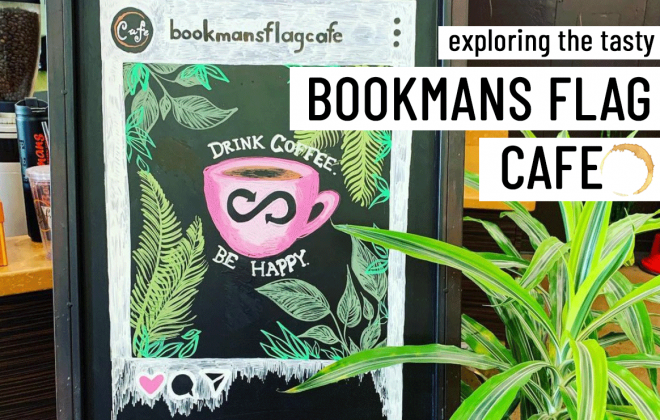 In Our Stores, Style, Tips & tricks 0