The creeping crud has been going around and I spent the last week bedridden with little to do but watch videos on my phone. Fortunately for me, a week in bed is the perfect amount of time to catch up on my current geeky addiction, “Critical Role”.

For the uninitiated, Critical Role is a show on Geek and Sundry that features famous voice actors playing Dungeons & Dragons. Dungeon Mastered by Matthew Mercer, the voice of McCree in Overwatch and huge D&D enthusiast, he and a group of his voice actor friends play through his original campaign every Thursday. The main cast features Liam O’Brien (Illidan Stormrage in World of Warcraft), Laura Bailey (Jaina Proudmoore in World of Warcraft), Travis Willingham (Thor in Avengers Assemble animated series), Sam Reigel (Donatello in the Teenage Mutant Ninja Turtles animated series), Taliesin Jaffe (Blanka in Street Fighter IV), Ashley Johnson (Patterson in Blindspot), and Marisha Ray (Batgirl in Batgirl: Spoiled). In addition to the regular cast, the show also often features many famous guest players such as The Name of the Wind author Patrick Rothfuss, Wil Wheaton, Chris Hardwick, and many more.
The story of Critical Role follows the adventures of Vox Machina, a band of heroes who are trying to save the world from the forces of destruction including evil-god-worshipping vampires and necromancers, mind-flayers, and most recently and invasion of ancient dragons. The cast works magic every week as they create and develop their characters on the spot with memorable personalities, interesting relationships, and hilarious dialogue. Matt Mercer himself is a veritable encyclopedia of characters and voices as he creates every NPC that inhabits his world with vibrant improvisational acting. Every single character, no matter how inconsequential, feels fully realized even if he’s just pulling them out of the ether (which happens often in a game like D&D).
After just 2 years of being on the air, Critical Role has gained a worldwide following of tens of thousands of fans who send them all sorts of amazing things as a thank you for the fantastic entertainment. Every month or so the cast holds Critmas, an episode where they open all their fan mail on the air and some of their gifts are so touching the cast and audience can’t help but be moved to tears. Fans send them original artwork of their characters, minatures and other game related items, and many  other unique and often hand-crafted items to show their love for the show. The cast also supports many charities that they encourage their fans to donate to such as 826LA which is the official charity of Critical Role. 826LA is a non-profit organization that fosters reading and creative writing skills of students ages 6-18, and there are many other chapters throughout the U.S.
If you’re a fan of D&D, voice actors, or just want something fun to watch, check out Critical Role on Geek and Sundry. New episodes air every Thursday 7PM PST on the Geek and Sundry Twitch channel. Past episodes are available on the Geek and Sundry YouTube channel or on the Geek and Sundry website.
Is it Thursday yet? 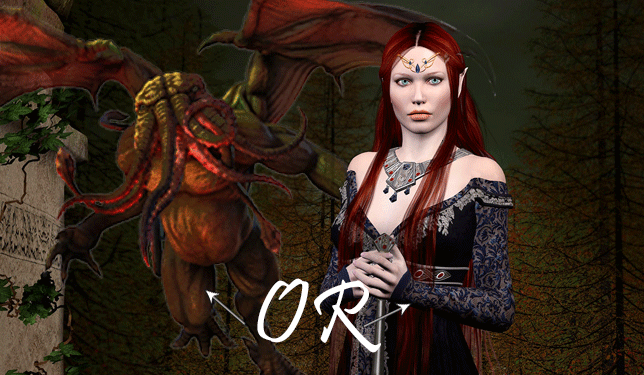