DragonCon review, from our one and only C’Loni Bailey.

With the ever increasing popularity of geek culture, conventions are popping up all over the place but only a few well established conventions have gained “bucket list” status, including but not limited to the famous San Diego Comic Con International, New York Comic Con, and my personal bucket list convention, DragonCon. After four years of trying and failing to make the trip, I finally was able to cross it off my bucket list earlier this month when I hopped aboard a plane to Atlanta, Georgia to attend the 30th year anniversary of Dragon Con.

Taking place annually over Labor Day weekend in downtown Atlanta, DragonCon is one of the biggest science fiction and fantasy conventions in the U.S. My DragonCon adventure began a year ago when I booked my hotel room at the Hilton Downtown Atlanta, one of five host hotels where the convention takes place. A year later, I found myself in landing in downtown Atlanta and randomly sharing a Super Shuttle with two other DragonCon attendees, one from Manchester, England, the other from Helsinki, Finland. Over the course of six days in Atlanta I met other attendees from England, Australia, Japan, and New Zealand, as well as all over the United States. This attests to the international appeal of DragonCon as a destination for geeks worldwide.

What sets DragonCon apart from most other conventions is the emphasis on cosplay. DragonCon is a costume convention. Cosplayers break out their best (and biggest) costumes to show off and there is no shortage of jaw-dropping cosplays. At most geek conventions, cosplayers usually make up a third of the attendees. At DragonCon at least 75% of people were in cosplay and most of those who weren’t were either taking a break from being in costume or working  the convention. Having the opportunity to show off my own costumes and indulge in the magnificent spectacle of other skilled cosplayers was my primary reason for wanting to attend DragonCon and it did not disappoint. I spent most of my weekend wandering around in awe of all the astounding costumes, so much so that I ended up only going to three panels the entire con.

he three open levels of the Marriott were a nonstop 96-hour costume party complete with bars, music, and tens of thousands of cosplayers all mingling, dancing, taking photos and indulging in the many awesome live music concerts in the main ballroom.

I got to meet voice actor Mark Meer (Male Shepard from Mass Effect) and actor Craig Parker (Haldir from the Lord of the Rings) and get pictures with them, as well as meet a few cosplayers and Facebook friends I hadn’t yet met in person. Conventions are great places to make new friends and I came away with several new ones. The highlight of my trip was the overwhelmingly positive response my own cosplays got from random people. I cosplayed as Josephine Montilyet and Flemeth from Dragon Age: Inquisition, an Asari from Mass Effect, and Catsy/Koan from Sailor Moon. The most fun reaction I got was while walking to the Westin hotel on Saturday after the DragonCon parade. I was dressed up as an Asari in blue body paint and I had a very enthusiastic family stop me for pictures. They were amazed by my costume and makeup and said that was the coolest costume they saw all day.

Despite the crazy amount of attendees, DragonCon was an amazing experience. Exhausting, but amazing and I am looking forward to doing it again next year. Fortunately, the Hilton hotel offered vouchers for 2017 reservations when we checked in. For a one night’s deposit, I was able to reserve a room for next year’s DragonCon. The convention volunteers and hotel staff were all incredibly helpful and kind, and apart from the vendor hall issue, this was the smoothest convention I’ve ever been to. After 30 years, the Dragon Con folks know what they’re doing and they do it well. I can’t wait for next year!

Behind the Trade Counter: Seth On the Record 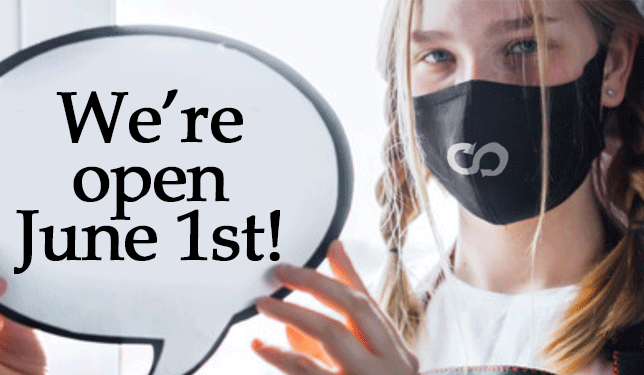