October is Frightful Fall at Bookmans! Whether you are a soundtrack guru or you just like spooky music, Halloween is arguably one of the best times of the year to break out those scary soundtracks. Of course, we know the staples such as Tubular Bells from The Exorcist or This is Halloween from The Night Before Christmas but did you know there are also soundtracks available for some of your favorite Halloween films? Get ready to be bewitched and bewildered because today we are counting down three of our MUST-HAVES for this haunted holiday season.

This is a terrific score from John Debney. The film was a Hollywood bust initially, but has become a Halloween staple for a lot of people. Sure it’s a silly, silly film but it’s fun for the entire family. Debney’s score perfectly captures the wonder of the fall season and menace of the Sanderson sisters. Sarah’s Song which was written by James Horner, who was originally attached to the film, is sung by cast member Sarah Jessica Parker. The CD includes a beautiful booklet with score information and notes on the individual tracks. Released by that supreme soundtrack specialty label, Intrada, it was produced in limited numbers but is definitely one to find. Sadly, Bette Midler’s version of “I Put A Spell On You” is not included with this release.

John Boorman’s original vision for the sequel may be lost forever after leaving us with the mess today that goes by the title of Exorcist II: The Heretic. But the best thing to come out of the whole experience was one of the most haunting themes composed by legend Ennio Morricone, the last of the old-style film scoring masters. The score is actually much better than the film it was written for, and even helps redeem the film in some ways. For the beauty of the Main Title and “Suspended Melody,” down to the haunting “Regan’s Theme” though, the purchase of this soundtrack is definitely worth it.

La La Land Records released this outstanding collection of the scores for the first six Friday the 13th films, and it’s everything fans could have hoped for. The sound quality is excellent and the booklet is full of great pictures from the series and info on the scores. The biggest complaint heard is that the release was limited to 1300 copies, but this was no secret. La La Land made it very clear well in advance that this would be limited. It is certainly well worth finding!

Be sure to drop by your favorite Bookmans location and we will be happy to help you to try and locate these titles or suggest another you may have never heard of or forgotten all about. Stop in today and get stocked up and ready for #FrightfulFall.

*Bookmans is your store to explore. We can’t guarantee stock, so if you are interested in one of the DVDs or BluRays mentioned, please give us a call and we’ll check our orange shelves for you. 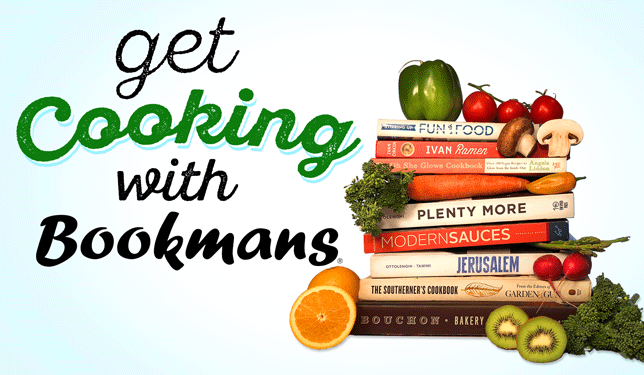