Bookmans Flagstaff has acquired a huge collection of graphic novels. A Bookmans patron brought in an astounding collection to our trade counter and, though Bookmans has carried graphic novels and comic books for a long time, the addition of his 20-year collection put us on a whole other level. This collection includes popular titles like Alan Moore’s Watchmen and Neil Gaiman’s Sandman, pristine and well cared for. Our comic book aficionados were allotted 20 minutes for geeking out before deciding what would make it to our shelves. The customer walked away relieved of all 200 issues he brought to trade and after hours cataloging, we added those to our already impressive stock of graphic novels.

We’ve been re-reading favorites, talking non-stop about various authors and artist, and diving head-first into new work we have never seen before. For those who are unfamiliar to this form of story telling, allow us to introduce you to the wonderful world of graphic novels and why we are crazy for comics. The term “graphic novel” was originally coined in the 1970s and the idea of what is or isn’t a graphic novel is still very much up for debate. For the purposes of this humble blog post we will use “graphic novel” as an umbrella term to include multiple variants.

Graphic novels come in many different shapes and sizes including anthologies, trade paperbacks and biographies. Some like Frank Miller’s 1986 creation Batman: The Dark Knight Returns were made available as single issues before being collected and re-released as a graphic novel later that year. Then there are works like Will Eisner’s A Contract With God, which is largely credited for popularizing the term. There are so many different genres to graphic novels including non-fiction work like Persepolis by Marjane Satrapi and Art Spiegelman and Maus, which became the first graphic novel to win a Pulitzer Prize. There are also graphic novels with more of a classic super hero theme like DC’s Kingdom Come. Set in the future, Kingdom Come follows Superman and his peers as they go up against a younger generation of super heroes while the fate of the planet hangs in the balance.

With graphic novel genres as numerous as genres for books in general, you can rest assured that there is something for everyone. All Bookmans locations carry graphic novels, comics and manga, however we can not guarantee stock. If you would like to be sure we have an item mentioned in this article, please call your local Bookmans store and a staff member will be happy to assist you. 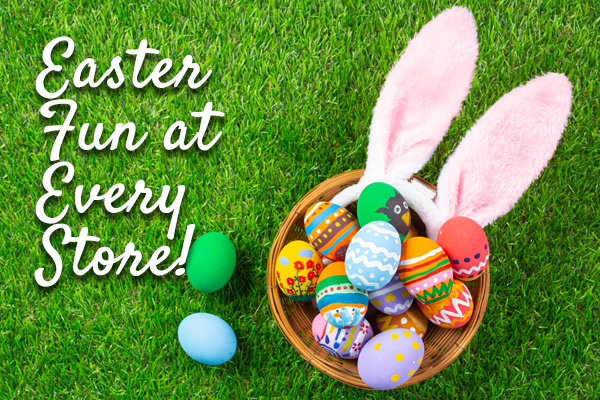 Easter Eggs are Hiding at Bookmans!

In Our Stores, News 0

Green Hearts This April At Bookmans