R.L. Stine is back again and as per usual, doing the thing just as good as he ever has. Bookmans is a die-hard R.L. Stine fan, and rightfully so. Goosebumps was too cool for school and his other works makes us fall into dreamy states of book obsession, and you’d be hard pressed to resist those feels with this new addition.
Do you remember the comic book character the Man Thing? The Man-Thing is/was a large, slow, swamp monster that arose in Marvel Comics in the early 70’s. With the help of the R.L. Stine, The Man-Thing will now be getting his own comic book mini series! R.L. Stine is the famous author of the 90’s children series Goosebumps and a few other horror series. Prior to then, Stine was already a fruitful creator of joke books, making me think he will do a trilling job at comic writing. Stine may have written stories that haunted us, but now they might be making our dreams come true.

In the previous comics, the Man-Thing is an evolved form of a scientist; who has injected himself with a superhero antibody that made him into a swamp monster, who has the ability to burn people with contact. The Man-Thing was mute in his previous appearances; now Stine is giving him back the power of speech, and apparently he is a sarcastic one. #love
R.L. Stine has made an agreement to write a comic series for Marvel. Marvel offered Stine several characters when working out their contract, but making the decision was truly easy with such a great character as is the Man-Thing. Stine has a love for swamp monsters, which frequent would show in his characters in the Goosebumps stories. He hopes to keep the new comic series violent and creepy with just the right amount of comedy to suit every R.L Stine fan’s soul.
We just can’t wait for the series to come out in March, 2017. Until then, we’ll just have to go back and re-read the old comic and Goosebumps series. Waiting is hard for a book nerd, but luckily these orange shelves have plenty to keep you occupied until March when we all swoon over this incredible madness. You can most likely find any of your fave Goosebumps books at your favorite local Bookmans to tide you over, and as always, if you are looking for a certain title give us a call and we will check our shelves for you! The countdown to the Man-Thing begins!

What We Want to Buy | Bookmans 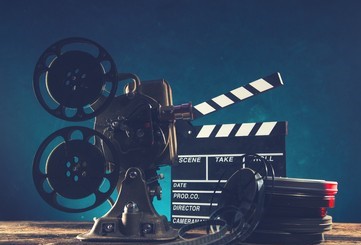