Heroes may well be an eponymous album as that is exactly what David Bowie is to me. The world tragically lost one of our most talented performing artists and it goes deeper than that. Most of us did not know David Jones, never had the mind-blowing honor of meeting him, but we love him and all his incarnations from afar. Bowie lived a dynamic and daring life. His biography reads like an adventure novel.

Bowie got an early start when he formed his first band at the age of 15. Volumes chronicle his exploits and more will come. Bowie spoke cogently and poetically about the Internet, the future of the music industry and his connection with his audience. That is my focus. I admire the work of other musicians. I listen to their songs and enjoy them, but then go on with my life. Few precious souls hold influence beyond temporary popularity. Surpassing pop culture, these few become part of the fabric of my world-view, forming how I live my life. Bowie was one such artist.

Four decades of influence! Bowie was the world around me, as much as the sun and the moon. It’s both terrible and wonderful how we can take things for granted without even realizing it. Ground Control to Major Tom makes so much sense to me. The lyrics immaculately describe feelings of isolation, un-tethered youth and yearning. He seems brave, beautiful and the absolute epitome of class, style and artistic sensibility at its most refined.

Imagine a man, fully made up in outrageous costuming, being at once extravagant and utterly elegant. Bowie’s music, his dress, his being is the standard by which I understand what classy, genuinely artistic and fabulously original looks like. I am far from alone. Bowie profoundly impacted generations. We read seemingly endless accounts of how this one artist, a single musician touched so many.

Bowie not only stretched gender stereotypes, he bent and reformed what it meant to be human. He blew our minds clear into outer space. In my personal church, he was canonized with the release of the movie The Hunger. Bowie, Catherine Deneuve and Susan Sarandon as vampires! Forget the weighted, lurking vampires of the past. These artists present a style extravaganza. The sound track includes Schubert, Delibes and Bauhaus. It is violently beautiful–a feast for the eyes, ears and mind. Nearly 30 years later, I have yet to be so moved by a film and have seen it so many times that I have it memorized. One of my favorite lines in the film bubbles to the surface for me at this moment. Deneuve’s character tells a dying Bowie, “In the earth, in the rotting wood, we will see and hear and feel.”

One of the things I most admire about Bowie is that he was fully alive, fully awake, fully cognizant of the world around him. He saw, he heard and he felt everything. I will miss him. It seems inconceivable that he could die. Alas, the flesh is weak. I don’t imagine Bowie rotting in the wood. He is far too beautiful for such an image. One Internet comment struck me as the best way to see his passing, “Right now David Bowie is in heaven, politely asking God to get out of his seat.” Take the captain’s chair, David. Fly the starship. You earned it. You gave us so much. It’s the universe’s turn to enjoy your brilliance. We will always remember Ziggy.

Find Your Musical Instruments at Bookmans 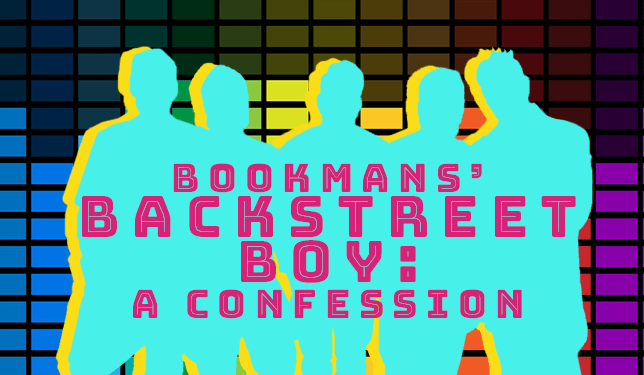