August is Movie Madness all month long at Bookmans! Sure, everyone is talking about Suicide Squad, the all-lady Ghostbusters or the latest Hollywood hits – but what about those films that are very often overlooked? We’re talking about those oddball films filled with nostalgia, usually made with no budgets, the not-very-common, yet have built a cult following in their own right. With the recent announcement that the Japan based Funai company would cease production on the very last made VHS player, and the production of VHS tapes officially ended in 2008, my Movie Madness is raging. If you missed Part One, you can rewind to here, check out Part Two here or dive head first into Part III, here. Otherwise grab the remote, sit back and enjoy Part IV of Tales from the VHS Video Vaults.

Frankenstein Sings – The Movie, Candace Cameron Bure, 1996
What isnt there to love about this movie? It is best described as a family fun version of “The Rocky Horror Picture Show.” The storyline is familiar, where a young couple finds tons of musical fun when they are forced to seek shelter in a spooky mansion on Halloween night. Once there, they find it filled with some of Hollywood’s favorite ghouls, all of whom love to sing and dance. Starring Full House’s Candice Cameron this is musical lightheartedness at its best!

From the Video Box: ” On a dark, damp, eerie night, when a flash of lightning was the only light a  distressed couple shivering from the chill seek help and shelter in a mansion on the hill. After knocking, the squeaky castle door opens wide, the kids cower in shock upon looking inside. There was Wolfman, Dracula, and Frankenstein too, along with Igor and the Monster, it was a ghoul’s who’s who. When these animals party, it’s a hair raising sight, they dance, they sing and howl all night. So with the bridge knocked out and a few other things, there is no escape..until Frankenstein sings…”

The Night The Lights Went Out In Georgia, Kristy Mcnichol, 1981
This VHS was based on a song made popular by Carol Burnett’s “Viki Lawrence” in 1972, this original made for TV film follows the dreams of Dennis Quaid wanting to be a country music star, Kristy McNichol as his sister and manager, and Star Wars Luke Skywalker stars as Conrad the local policeman who is trying to keep order in the city. Country music, an all-star studded cast, and comedic situations make this a night to remember.

From the Video Box: “The road to success is never easy, a lesson quickly learned by promising country singer Travis Child (Dennis Quaid) and his sister Amanda (McNichol). This sizzling frama follows the duo’s journey to nashville in search of musical stardom. Comic overtones evenly blend with the often grim atmosphere of roadside bars and one night stands to veritably epitomize life on the road. Yet, in the midst of their travels, it becomes all too apparent that only one of them has what it takes to be a success.”

Vasectomy, A Delicate Matter,  Abe Vigoda, 1986
OF course this is among our VHS favorites. What cant be said about this movie? It HILARIOUS! Starring the one and only Abe Vigoda, Paul Sorvino, and Cassandra Edwards, this film centers around a bank executive who after having their eighth child, his wife insists he has a vasectomy – something he doesnt even want to think about.

From the Video Box: “Gino Ragone is a happy man. He’s a successful bank manager, coach of a winning local baseball team, and a good husband and father. His wife Anna has already given him eight sons, but he’s piching for one more so that he can have a right fielder on his very own home-grown baseball team. Anna has decided that he’s struck out at last and she gives him an ultimatum; either he sleep on the couch for the rest of the marriage, or he get a vasectomy. He flatly refuses the ‘truncation of himself in this barbaric fashion.”

These last four weeks have just been a sampling of all of the great films that have not seen the light of day since VHS. Of course there are countless more! These were just some of our favorites. If you have a favorite, or have a special one you feel we missed, please tell us about it and comment below! Remember, be Kind and Please Rewind.

The Monumental Greatness that Is Goosebumps

Freebie Friday | The Trip to Spain 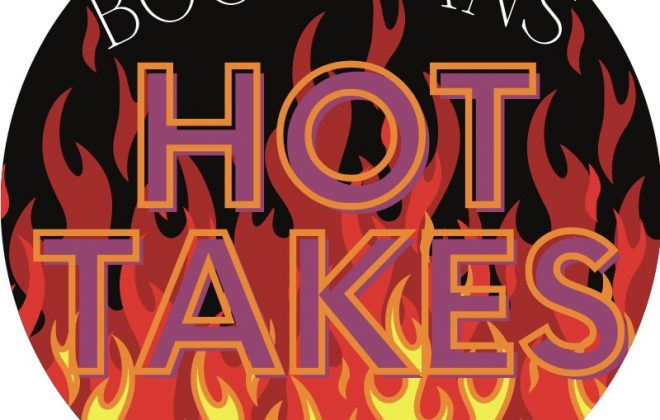