Home > Reel Chat > Too Many Girlfriends: Sailor Moon’s Censored Life in the U.S.

Too Many Girlfriends: Sailor Moon’s Censored Life in the U.S.

Whether you’re a guy or girl who loves it, wouldn’t be caught dead watching it, or harbored a secret crush on Sailor Jupiter for 14 years, you’ve heard of Sailor Moon. It is one of the most successful animated series worldwide and helped spark the phenomenon of anime (otaku) culture in the U.S., but did you know that it was also one of the most censored and edited animated shows on American television?

It is difficult to imagine how subversive a “children’s” animated series could be, yet Sailor Moon transcended the age of its audience by dealing with real life issues in a thought-provoking manner that was more mature (and less patronizing) than the typical American cartoon. However, it was the maturity of its subject matter that resulted in heavy censorship and editing by American producers when the show was localized for American television. In particular, it was the reoccurring themes of adolescent sexuality and homosexuality (both very taboo ideas in conservative American culture) that producers thought inappropriate for the show’s targeted audience.

Homosexuality is a common theme in Sailor Moon, though it is rarely represented as a central subject of interest. The characters do not comment on the sexual preferences of other characters; their relationships are simply treated as a normal occurrence. Perhaps it was this casual attitude towards homosexuality that led American producers to make significant changes to the particular characters involved. The earliest example of this type of censorship is treatment of the villianous lovers Zoicite and Malacite, Sailor Moon’s enemies from the Negamoon during the first season. In the original Japanese Sailor Moon, both characters were male and homosexual lovers, but when the series was edited for U.S. television, a female voice actor was assigned to play the role of Zoicite, and some resources even suggest that the character’s hair was drawn longer to make him appear more feminine (I have not confirmed if that is true). If that weren’t enough, he was also given the most annoying “female” laugh on the planet, as if to wash away any lingering sense of masculinity.

Another blatant example of this kind of homophobic censorship is the deliberate smothering of Sailor Neptune and Sailor Uranus’ romance in the series. I have watched Sailor Moon since I was in middle school and even then, as a thirteen year-old, I found it very amusing to watch how horribly American producers tried to cover up the fact that Uranus and Neptune were a lesbian couple by asserting that the two were “very close cousins”.

Sailor Uranus was as butch as she could be, even going so far as to wear boy’s uniforms to school (do you think that if she were just a tomboy she would be allowed to do that?). In addition to crossdressing, she raced motorbikes as a hobby, worked on her car on the weekends, and had her hair cut so short that she was often mistaken for a boy (that is not to suggest that all women who do these things are lesbians, but the fact that she happens to be one just makes her that much more butch.)

There was even an entire episode devoted to the fact that Serena (Sailor Moon in her everyday persona) and Mina (Sailor Venus) couldn’t tell that Amara (a.k.a. Uranus) was a girl. It is the first episode in which the three met in their normal forms, and Serena and Mina both develop a major crush on the new “guy” at the local arcade. They proceed to spend the entire episode chasing Amara around and spying on “him” and even grow jealous at Amara’s “close” relationship with Michelle (Neptune), believing the two to be a couple, which, in fact, they are. The episode concludes with the Lita (Jupiter) pointing out to Serena and Mina that they were drooling over a girl.

“Sorry if it disappoints you that I’m a girl,” says Amara in a somewhat affronted tone once the truth is revealed.

Then, in a later episode, it is Lita who falls for Amara after the latter saves her from being hit by a car. Of course, in the U.S. version, Lita’s affection was down-played and made out to be non-threatening respect and admiration for an equal, but the blush animation across Lita’s cheeks everytime she thought of Amara suggested otherwise. The episode continues with Lita searching all around town for Amara, using the excuse of needing to return a handkerchief Amara had used to cover a scratch on her hand to get close to the girl. Like anyone would go that far for someone they just “respected”.

Homosexual, and adolescent sexual themes are so rampant in Sailor Moon that American producers even went so far as to avoid airing the final season of the series on U.S. television. This season is available on DVD in Japanese with English subtitles and it is not difficult to see why it was never aired in the U.S. There is no way to edit out the strong transgender/transexual themes that involve the three new characters, the Sailor Star Lights, who come to Earth from another galaxy after their home planet is destroyed by Galaxia, the main enemy of the final season. The three come to Earth to seek out their long lost Princess who is in hiding, and to do that they become male pop idols, despite the fact that in their Sailor forms, they are female. The reasoning behind this is that the Star Lights figured it would be easier to find their princess hiding amongst the millions of women on Earth by attracting only women to their concerts and wooing their princess through song, thus they took on attractive male forms for their human identities.

Things get even more complicated when Serena meets Seiya (a.k.a. Sailor Star Fighter, leader of the Star Lights) who subsequently falls in love with her. It should be mentioned that Darien (Mamoru-san, Serena’s boyfriend and destined husband) is absent for much of the final season for reasons I shall not spoil here. With his absence Serena finds herself developing mutual feelings for Seiya and there is some brilliant sexual tension between the two throughout the episodes. Of course, Serena has no idea that Seiya is really Sailor Star Fighter, and even after she discovers the truth later on, she is not phased by the fact that “Fighter” is female. In fact, it is never mentioned that she has any objections to being in love with a man who is really a woman. The only objection she has has to do with her devotion to her love Mamoru, despite his absence, and her growing loneliness and confused (and possibly misplaced?) affections without him.

The final season was (in my opinion) the best season of Sailor Moon and a brillant conclusion to the series; it is a shame that it was never aired in the U.S. for more people to see, but it was nearly impossible to avoid controversy by editing since the Star Lights transgender transformations and Seiya’s romance with Serena were such a strong part of the story. But there were some things edited from the series that seem completely unnecessary, such as scenes that depict Serena sticking out her tongue at another character (these scenes were cut for fear that impressionable children would copy the habit).

No fewer than six dubbed episodes were completely omitted from the first few seasons due to content concerns, and the “Day of Destiny” battle which was originally a thrilling two-part finale to season 1, was so heavily edited, with all references to death removed (the Sailor Scouts battle Queen Beryl and all except Sailor Moon die, but are resurrected in the end) that it was shortened to only one badly hacked-up episode. Instead of dying, the Scouts’ absence was explained away as being “held hostage by the Negaverse”, instead of actually dying.

Sailor Moon is a great series, but you have to watch the original unedited episodes to really get a feel for the series’ depth. So much was removed from the U.S. version that it is impossible to gain an accurate scope of how great an animated show this was and is, and why it gained, and continues to gain so many devoted fans. Fortunately, Sailor Moon (unedited) Master Box Sets of all the original episodes (with the exception of episode 67, of which the master could not be found) are now available in the States for a whopping $150 a season. I have yet to save up enough money to get those (I’m holding out for someone to trade it into Bookmans) but it is certainly worth the money for any die hard Sailor Moon fan to watch the series as it was meant to be watched: sans censorship. 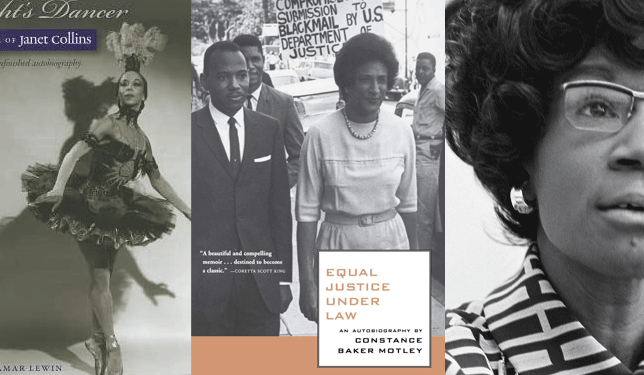 5 Black Women Who Made History (& Wrote About It)