Home > Tips & tricks > Enneagrams According to a Four

Enneagrams According to a Four

Firstly, what are Enneagrams? No, it’s not like a candy cane gram where Glenn Coco gets four and Gretchen Weiners gets none.  An Enneagram is a set of traits that make up a distinctive personality that can fall within the 9 personality types. Each number represents an Enneagram personality. These are combinations of numbers, the dominant personality trait being the first number. The secondary number is the subdued side of the personality.

There are many different combinations and each have different degrees of dominant and secondary personality presentations. Why am I telling you all this? Simply because in my humble Four opinion, it helps with day to day interaction with people.  I know who even wants human interaction in this day and age, that is what the internet is for. However, you are going to have to interact with people at some point. Here is my guide to each personality from the perspective of a Four.

Ones: Perfect (the My Way Enneagram)

These friends tend to be the person that has it all figured out. If they don’t, you best believe they have a plan. They tend to be creatures of routine. It is an efficient way to get the job done. They collect things they like. Ones are quite meticulous when cleaning… or in any general situation. They are driven and ambitious, with an extraordinary work ethic. Ones are the definition of a workaholic.

Ones tend to be their own harshest judges. They tend to be self-reflective with their emotions. They will over-analyze a mistake, not able to let go of the idea that they weren’t perfect. This means that they are unable to relax completely until everything lines up and works out the way they envision it. Caution when it comes to being in a disagreement with a One. They tend to be hard to forgive, even over the simplest of things. Ones have the same expectation of others as themselves, everyone must strive for perfection. On the bright side, Ones are one if not the most talented personality type, they have multiple skills and interests that make them a jack of all trades.

Twos: I Just Want to Be Loved (the Helper Enneagram)

Twos are lovers, not fighters. A two will be the first person to remind people that it’s your birthday and make sure that you are happy. They are sweet, warm, and treat you like a lifelong friend from the moment they meet you. Bad news: Twos don’t like to share. They are likely to let go of people who take them for granted. Well, if they ever stop making excuses for people taking advantage of them. They see the better nature of people and want to nurture that spark.

However, with so much love to give, Twos are the ones that need the most attention and care. They need TLC like no one else. Be warned, Twos are relentless when you are on their bad side. They do not accept mistreatment. If they give 100%, you need to be giving 100% back. They are still the sweetest people you will ever meet and loyal as hell.

Number Threes will go the extra mile to be at the top of the scoreboard. They are vibrant, charming and competitive creatures. Threes are extroverts. They can be the life of the party and your biggest supporter –  or your arch-nemesis. Often both. They push you to success, but their competitive streak is strong. Don’t freak out if you get the “anything you can do they can do better” vibe from them.

Threes want recognition for their efforts. When they do a good job they anticipated positive feedback. Threes will stretch themselves thin in order to have it all. A Three is the Ms. Congeniality of the bunch, thrilled to standout for their efforts alone. Give them a round of applause – they pretty much always deserve it.

Fours: Who Am I?  (the Individualist Enneagram)

Fours are the best. JK – they are awkward and think they are unique. Because of the way they see the world it can be hard to neatly fit into it. Fours are sarcastic, overly complex when it comes to their emotions. Fours want to be understood. They want appreciation and acceptance for who they are and acknowledgment that they are worth your time. Fours can be overly sensitive as well, so small things can mean complete emotional catastrophe for a Four.

They wear their hearts on their sleeves, always giving more than they take. Don’t let the heart on the sleeve thing fool you – Fours know what they’re doing and they are crafty. Fours are the pick-you-up friend at the best of times. A Four wants to belong and be important to you.

Yes, it’s true: Fives will find dirt in a vacuum-sealed room. They are quiet, eccentric people with a keen sense of observation. You know the shy, super-smart friend you have who isn’t too social? They’re probably a Five. Fives are homebodies who are thrilled to read about adventures rather than be a part of one. They are humanitarians at their core and want the best for everyone. They can be perceived as distant or as cold and calculating, but that’s often not true.

Fives want to better the world for everyone. They keep to small groups where they feel comfortable. Not likely to be open emotionally, a Five needs to be reminded of their awesomeness. Fives are your highest bidder, working behind the scenes to make sure everything you do works out. Don’t mistake their gentleness for vulnerability. You’ll regret it.

Sixes are the most loyal of numbers. They will not bend or break when it comes to their convictions. A Six is your ride or die friend. Of course, all that is given by a Six must be earned. As loyal as they are, Sixes can be suspicious of others. Sixes live on the edge, and their trust issues make a small group of people that they can trust their go-to. It’s best to reassure your Six that you value them.

A six has two speeds: babysitter or reckless rebel. They have no intention of slowing down once their feet touch the ground. A Six is your knight in shining armor to the bitter end. Be cautious about breaking their trust. For as loyal as a Six is, to them, a traitor is a traitor through and through.

Lucky number Seven! Sevens are mile a minute kind of people. They tend to be kind, witty, and most of all adventurous. Everything happens in the spur of the moment for a Seven, and there is always something to look forward to. Sevens can be rather impulsive decision-makers and have addictive personalities. With a Seven, life is a party. Slowing down means giving up.

Sevens are typically multi-talented with an array of skills that make them an excellent teammate. Show them love. Sevens need to know that it is okay to make mistakes and embrace imperfection. Behind every Seven’s smiling face there is someone trying to be brave.

Eights: The Rebel (the Challenger Enneagram)

Eights will take the world on if it means that they can live the way they want to. These tough cookies can be stubborn, domineering, and energetic. They thrive on natural instincts and independence. Eights are not fans of being open and vulnerable and their devotion is definitely earned. If you have to ask for forgiveness it won’t come easy.

Eights are leaders, but not the ones in charge of the army. They’re the friends you call when it’s about to go down. They can be hotheads, so don’t take it personally if it’s actions first and thinking later. As much as they are a lion, when they are wrong, they are the first to admit it.

Nines are the nicest people you will meet. They keep the peace and make sure everyone gets fair and equal treatment. They don’t like confrontation and avoid conflict. Easy going and likable individuals, Nines light up a room without being the center of attention. Due to them not being willing to engage in conflict, it can be challenging to get them to accept change. Nines don’t want to lose their sense of self.

Known for being too humble, Nines often don’t give themselves the credit they deserve. They may even get taken advantage of. As a person with faith in others, they will dig in their heels for their beliefs. Nines are comforting, warm, and lovely to all they meet.  They tend to work in an area where they are the middle man and strive for common ground.

Curious to see what your number is? Follow this link to learn yours! After you know your number, check out these musical arrangements inspired by each personality. 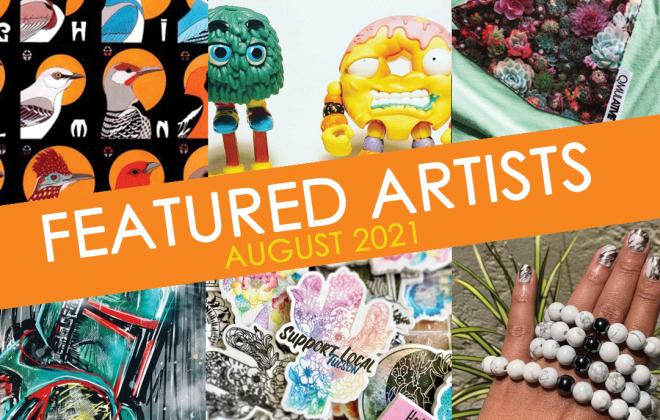 YA Books for Fall

Reading Tips We Swear By