Home > Reel Chat > Get Repossessed with The Exorcist

Get Repossessed with The Exorcist

“The belief in evil and the belief that evil can be cast out.” From these two strands of faith, author William Peter Blatty weaves a frightening, explicit and realistic tale of an innocent young girl inhabited by a malevolent entity. The Exorcist endures as a classic horror novel. Rediscover its ghastly gravitas.

The story is loosely based on actual events that happened in Maryland in 1949. It involved a small boy who, distraught and feeling alone over the loss of his beloved aunt, begins to play with a Ouija Board. As time passes, he experiences poltergeist-like phenomena. The bed shakes and knocking sounds from the walls. Not knowing what to do, the family turns to their local Catholic church. The boy is brought to St. Louis, where permission is granted to perform the Rite of Exorcism. The ritual was deemed a success and the boy went on the lead a normal life under complete anonymity.

Several years later in 1971, Blatty recalls this story and sets down to write one of the most terrifying books of all time. It became an instant best seller. Published by Harper and Row, the novel is the basis of a film released two years later with a screenplay also written by Blatty.

Premiering in 1973, the film became almost as controversial as the book. The release caused hysteria with reports flooding in of people getting sick, requiring institutionalization and even rumors of a miscarriage as a result of watching the movie. The devil was to blame! The film received nominations for ten Academy Awards ranging from acting to music to makeup effects.

The film had a tremendous influence on popular culture. Horror legends such as Stephen King praised the work. The Exorcist has been named many times as the “Scariest Horror Film ever Made.” In 2010, the Library Of Congress selected the film to be preserved as part of its National Film Registry.

The novel spawned multiple sequels. Blatty wrote a sequel in 1983 titled, Legion. In this story, a mystery follows Detective Kinderman as he attempts to find links between a serial killer, victims and events in the previous novel. Blatty stated his other novel, The Ninth Configuration, is the true sequel. It contains an astronaut character who is introduced at Chris Macneil’s party in The Exorcist. Most notable as the character to whom Regan says, “You’re gonna die up there.”

The film also has many sequels. The ill-fated turkey, Exorcist II: The Heretic, had a stellar cast and the best intentions. Linda Blair, Richard Burton, Louise Fletcher and James Earl Jones were blockbuster names, but the story line bombed at the box office. The Exorcist III was the film adaption of Blatty’s book Legion. Exorcist IV: The Beginning was a prequel to the original Exorcist. In February 2014, BBC-4 broadcast a two-part adaptation of the novel by Robert Forrest and in July 2015, a Broadway play starring Brooke Shields premiered at Geffen Playhouse. That’s right, a Broadway play.

In its unflinching presentation of bizarre phenomena, and of course the strong language, The Exorcist is a harrowing experience. As its original 1979 release on VHS states, “Its journey through the long dark night of the soul, also states a powerful message of courage and hope in the face of inexplicable forces seemingly beyond our control.”

* Bookmans is your store to explore. We can’t guarantee stock so if you are interested in The Exorcist, please give us a call and we’ll check our orange shelves for you. Otherwise, we hope you will come and browse.

Too Many Girlfriends: Sailor Moon's Censored Life in the U.S. 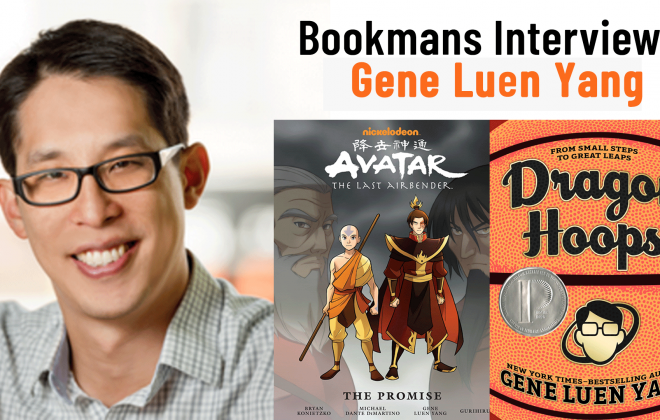