**CONTEST CLOSED** Cinemania is a monthly film series at FilmBar in Downtown Phoenix that highlights all-time favorite genre films on the big screen. Hosted by Dan Stone of The Unfathomable Film Freakout, Cinemania celebrates the essence of FilmBar – Phoenix’s true indie cinema. Since opening in 2011, FilmBar has made it their mission to preserve the art of independent film in the local community. The innovative programming of Andrea Canales and Dan Stone has attracted many accolades including Phoenix New Times Best of Phoenix “Best Independent Theater” and Phoenix Magazine’s Best of The Valley “Best Cinema.” Specializing not only in the latest independent and foreign films, but in local, cult and classic films, FilmBar offers something for everyone. On this Winner Wednesday, we give away two tickets to Cinemania: House (Hausu) at FilmBar on Saturday, May 20 at 10pm in Downtown Phoenix!

Nobuhiko Obayashi’s 1977 comedy-horror film, House (Hausu) is a true indie masterpiece. Comprised of almost all amateur actors, only Kimiko Ikegami and Yōko Minamida had previously acted on film. Combining supernatural elements with humor, House centers around a schoolgirl and her classmates who are, one by one, devoured by a relative’s haunted manse (hence the title.) Inspired by the film Jaws and influenced by ideas from Obayashi’s daughter, House was initially a hit with audiences in Japan yet panned by critics. After its wide release over 30 years later in North America, Obayashi’s cult film was received with adoration from fans and acclaim from reviews. Now, House makes its way to FilmBar where you can experience the wonder and awe for yourself!

To enter our Winner Wednesday giveaway, tell us in our comment section about a horror classic that you’d see on the big screen. Perhaps the seminal zombie masterpiece, Night of the Living Dead or horror-comedy cult classic, The Evil Dead – tell us what your cinematic heart desires. We will select a winner using random.org. Winners will be notified on Thursday, May 18 by e-mail. Comments are moderated and may take some time to appear. Please do not resubmit your comments — one is plenty. **CONTEST CLOSED**

Good luck to all you film enthusiasts! This is an opportunity not to be missed and we only have two tickets to give away. Also, if you like awesome and free events, be sure to see more of what’s happening at a Bookmans near you!

Winners Happen Every Day at Bookmans!

Contests & Giveaways, In Our Stores, News 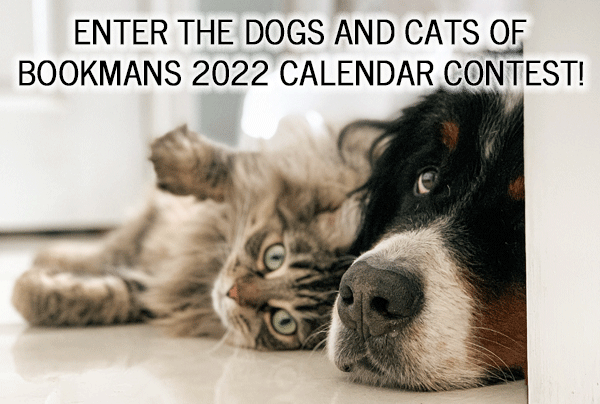