When I was just twelve years old I fell in love with action star Keanu Reeves. My brother gave me a copy of The Matrix for Christmas and from “I know Kung-Fu,”  I was a goner. It’s safe to say I’ve seen 90% of his films and enjoyed ONE HUNDRED AND TEN PERCENT of them. And I’m not the only one! Logic just released a track titled Keanu Reeves where he references The One (AKA Neo, AKA our boy Keanu). Now, I could rate all of this cinematic icon trips to the box office by like money made or acting prowess orrrrrrr… I could give you what you really want  – a detailed list of his most swoon-worthy films purely based on whether or not I thought he was a cool drink of water in them. Because I’m mature. Here are nine Keanu movies sure to make you go woah.

Bill and Teds Excellent Adventure. This cult classic contains everything great about the 80s. Time travel science that really makes no sense whatsoever, philosophizing, righteous history, medieval babes, fantastic air guitar abilities, and baby Keanu and lovable buffoon, Ted. It’s also chock-full of quote-worthy lines like “Strange things are afoot at the Circle K.” Bill and Ted’s Excellent Adventure is just pure fun and ridiculousness and we can’t wait for them to finally, maybe, make a third film. Did you hear that they are filming in Phoenix and Tempe?!

The Devil’s Advocate. What happens when a hotshot lawyer learns he’s the spawn of Satan and that his dear old dad wants his help to bring about the end of days? Almost incest! Seriously, if Pachino hadn’t let our boy in on the fact that the hot redhead was his sister he totally Would. Have. Gone. There. But luckily, he did. Keanu just woke up and it was all a dream… Or was it? But you know who was definitely a dream (well, a dreamboat)? Mr. Reeves himself.

The Replacements. I really don’t care about football, but I love football movies. The Replacements is just too heart-warmingly-cute, rom-com-sports-movie to pass up. In this film, our man lives on a boat, which in real life I would swipe left on, but in a movie where he’s also a quarterback I’m paying for extra swipes and double liking this charming dude.

Something’s Gotta Give. Diane – know that I respect you. One day I want to have a beachfront property with a closet full of turtlenecks and ceramic bowls filled with pale stones on my recycled birch wood coffee table like I’m sure you probably do. But how with all that tall dark and handsome in your face did you choose skeevy Jack Nicholson over DOCTOR Keanu Reeves? He said he knew you would smell nice!!!! And all you had on was soap! HE THOUGHT YOUR DOVE-SCENTED BUTT WAS NICE! WHY?

Constantine. Even though this movie is nothing like the comics. Blonde vs. coal black silky locks. British vs. Hawaiian-American citizen. Constantine is certifiably good. It’s interesting to watch and the whole “hell is a rotted desert wasteland version of LA” is seriously cool. Not to mention when our hero does his whole “put my arms together like this and S%&T gets real.” It’s badass and I’ve definitely copied the move a couple times when someone is pissing me off and I’m convinced they’re a demon from hell.

John Wick, John Wick 2 and most likely John Wick 3. There’s nothing like a man with a dog am I right? So caring. So attentive. So000… vengeful. John Wick has everything we’ve grown to love about our man Keanu, aka Cool breeze over the mountains. Amazing action scenes, broodiness, great hair, AND  to top it all off, it is actually a great story. John Wick is like an amazing comic book adaptation without actually being based on anything. It’s an original story that opens up a whole of possibilities filled with assassins, criminal currency, fancy hit-man exclusive hotels and entire underworld operation for the world’s most badass types. Swoon.

Speed. If The Matrix was what began this somewhat inappropriate crush on a person I literally knew nothing about, then Speed is what nailed it down, poured cement over it, and taped a poster to my adolescent bedroom wall. I am still so upset they made a sequel and that Jack Traveno was nowhere to be found on that damn boat. It’s got the most action that can be accomplished at – max – 50 miles per hour. This is also how I learned that looping was a thing, so education was definitely a factor in why I loved this film. But mostly, it was Keanu’s biceps when he’s hanging on from the bottom of the bus. Let’s be real.

The Matrix… and I guess the sequels can come along too. As I’ve mentioned on numerous occasions in this blog, this all began when I received a copy of The Matrix. That fateful Christmas morning I discovered that I not only liked boys but that I especially liked boys named Neo who knew Kung-Fu and said “woah.” I think this was also the movie that sparked my love for action movies in general. And even though emo-ish Keanu fighting agents is laughable now, at the time it was mind-blowing.

Number 1 (with a Full Clip of Bullets in the Air)

I know most of you are reading this and asking yourselves “what could possibly top the cinematic masterpiece that is The Matrix, not to mention an ode to late 80s central California bro culture like Bill and Ted’s Most Excellent (Bogus Journey) Adventure. Well, you obviously have not considered the most righteous ride of them all. POINT. BREAK. Of course. OF FREAKIN COURSE  hot undercover cop goes surfing with the Swayze is going to get the first spot. Get real.

Not only does Point Break contain all the action sports our collective Mountain Dew Red drinking butts could handle, but it also launched cute-boy-is-also-a-cop-but-sympathizes-with-criminals-and-finds-his-family franchises like The Fast and The Furious and probably some other ones too. The point of Point Break is that it brought us Paul Walker, which we will all be eternally grateful for. So thank YOU Keanu. Sincerely, everyone.

But what are your fave Keanu Reeves movies? Tell up in the comments below. Bookmans cannot guarantee stock. If you are looking for a Keanu Reeves movie or two, call your local Bookmans. A staff member will be happy to check our shelves. Remember, be excellent to each other and party on dudes!

Spellbound By The Worst Witch 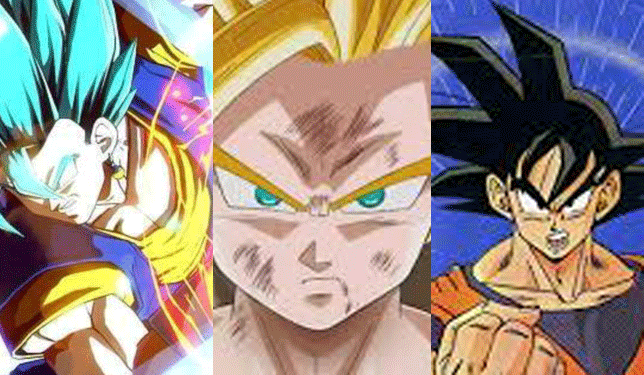 Do You Know More About Dragon Ball Z Than Caity? The Answer is Always YES!