A Weekend with Film Fest Tucson

October in Tucson is a time for great weather and community events. So far this month, Bookmans Tucson played tabletop games all weekend long at Rincon Oct 4-6 and joined the College of Humanities at their lectures during this month’s Tucson Humanities Festival Oct 2-Nov1. This weekend you can find us at Tucson Meet Yourself Oct 11-13, and we’re giving away tickets to the Tucson Film Fest Oct 10-13. Below is a list of must-see films this weekend. Photos and descriptions from FilmFestTucson.com.

A Little Bit About the Festival

Film Fest Tucson is a destination film festival, a place for filmmakers and audiences to meet, discover and experience unique and important stories told on film. The festival is for the community of Southern Arizona, as well as for visitors to the region to experience the unique environment, heritage and culture of Tucson and the surrounding area while seeing new and important films.

A unique and home-grown Tucson film festival for those passionate about movies. Programming at Film Fest Tucson includes both short and feature-length narrative and documentary films that have been selected for their quality, timeliness and subject matter.

With a strong interest in presenting work by emerging as well as established filmmakers, Film Fest Tucson has some of the best audiences on the circuit—educated and savvy film fans who look forward to post-screening Q & A’s almost as much as the films themselves. Indeed, Tucson has the audience that deserves this wonderful viewing experience.

Join legendary writer/director/producer Peter Bogdanovich as we screen both his seminal masterpiece The Last Picture Show (1971), and the classic western Winchester ’73 (1950). Peter will introduce Winchester ’73 and be present after the film for an expanded Q&A with festival director Herb Stratford, about his remarkable career, working with acclaimed directors and his future projects.

Lin McAdam wins a prized Winchester rifle in a marksmanship contest which is immediately stolen by the runner-up. The story follows McAdams’ pursuit of the rifle as it changes hands, until a final showdown and shoot-out on a rocky mountain precipice. Also, there’s a Tucson tie-in. It was filmed at Old Tucson Studios in 1949/1950.

In Anarene, Texas, between World War II and the Korean Conflict, Sonny and Duane are best friends. The boys are in that awkward period of life between boyhood and manhood. They are also torn between staying home or a future somewhere beyond the borders of town.

When perennial loner Winston Prickle finds himself attracted to a new co-worker Clem, he’s faced with the dilemma of what to do about his lifelong companion and childhood imaginary friend: the giant, lumbering Cactus Man.

Cactus Boy was filmed entirely in Southern Arizona and returns to Tucson for its U.S. Premiere with director Chris Brake present for a post-screening Q&A.

Marianne, a young painter in 1770’s France, is commissioned to do the wedding portrait of Héloïse, a woman who has just left the convent. Héloïse is a reluctant bride-to-be and Marianne must paint her without her knowing. She does, however, observe her by day, painting her secretly.

When her vacation takes an unthinkable turn, Ellen Martin begins investigating a fake insurance policy. Unfortunately, she finds herself down a rabbit hole of questionable dealings by a Panama City law firm and its vested interest in helping the world’s wealthiest citizens amass even larger fortunes.

Whether it’s a tour-de-force of acting, a slice of life or a classic film, the Film Fest Tucson has something for film lovers of all kinds. Afterward, stop by Bookmans for even more movie fun! 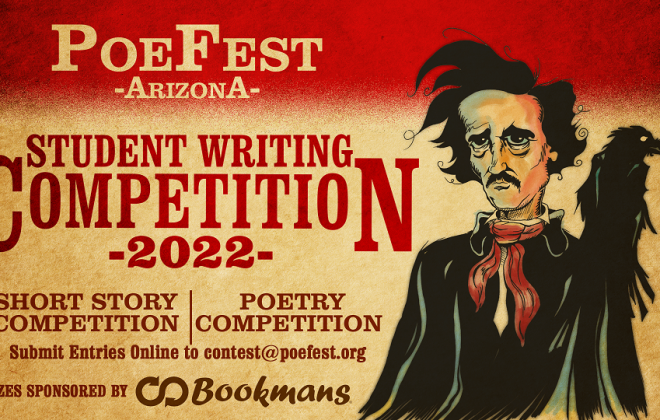