Astronomy and astrology have obvious connections. They both concern the existence and movement of stars and planets outside of Earth. The most important difference between them is how and why people study them. Astronomy is hard science, although ancient. Astronomy connected with astrology until the late 16th century when Copernicus suggested that the Sun, not the Earth, lie at the center of the universe. Sir Issac Newton followed up with his demonstration in the late 1600s on how celestial bodies affect each other. These were not entirely new ideas and if you want a bit of astrological good fun, Linda Goodman is the place to start.

Folks have always been fascinated with the heavens. Two thousand years prior to Copernicus, the Greeks had suggested the same idea. Astronomy as a science constantly moves forward, making fantastic advances in the last century alone. These discoveries affect all of science, advancing technology and related fields. We now know of 88 constellations, 28 in the northern sky, 48 in the southern sky with the remaining 12 lying along the ecliptic (a circle that describes the path that the sun takes in the course of a year against the background stars). Think how different this is to what we used to believe about the Celestial Sphere!

The Celestial Sphere is an imaginary bowl around Earth upon which the stars are fixed. Some ancients believed that the actual bowl (sphere) existed. We now use the term merely to map the location of stars relative to observers on Earth. From Neil Armstrong’s first step on the moon on July 20, 1969 to Carl Sagan “billions” and now Neil DeGrasse Tyson’s decisive command of science on Twitter, astronomy has moved out of the specialty zone back into the hands of lay scientists. We all want to believe that the truth is out there–and if we are alone.

Astrology however, is considered a pseudoscience because it deals with how the placement of the planets affect human behavior. Also, astrology relies on outdated information. Many still follow, and believe in, astrological insights. Ask most Americans their “sign” and they will respond with astrological information. Major dailies and periodicals still include horoscopes and thousands of people world-wide seek the advise of astrologers.

Astrology also has deeper and longer roots than astronomy. Bone and cave wall markings indicate that lunar cycles were followed as far back as 25,000 years ago. In fact, astrology dates back to the third millennium, B.C. and was used to chart celestial cycles, seasonal shifts and to make calendars. Without astrology, astronomy would not exist.

We can’t ignore the fun-factor in astrology. It often seems as though people tend to follow certain behavior patterns that align with their signs and horoscopes. Goodman remains the Queen Mother Supreme of astrologers. Her books, Sun Signs and Love Signs make use of the Peter Pan myth to explain personalities and attractions. In Sun Signs each chapter covers a different sign and it is difficult to completely ignore her assessments. One winces with the recognition of being exposed while at the same times expressing relief at being perfectly explained. Goodman doesn’t employ general, vague language to bait readers; she is direct and definitive. In Love Signs, Goodman weighs the pros and cons of each astrological pairing. People are different and culture, society, religion and upbringing play an obvious part in personalities. Yet even with outdated information, she seems to nail us. It’s like she knows us personally. Goodman may have other talents on her side because she is consistently on the nose.

One of the most interesting forms of astrology is Hindu. Jyotisha is from the ancient Sanskrit word jyotishyam, which is the ancient system of Hindu astrology. This system can be related to western astrology but utilizes a different set of beliefs. We will cover this fascinating subject at a later date. Until then, keep watching those stars!

* Bookmans is your store to explore. If you would like to pick up a specific astronomy, astrology or Linda Goodman book, please give us a call and we will check our shelves for you. Otherwise, we hope you will come and browse. 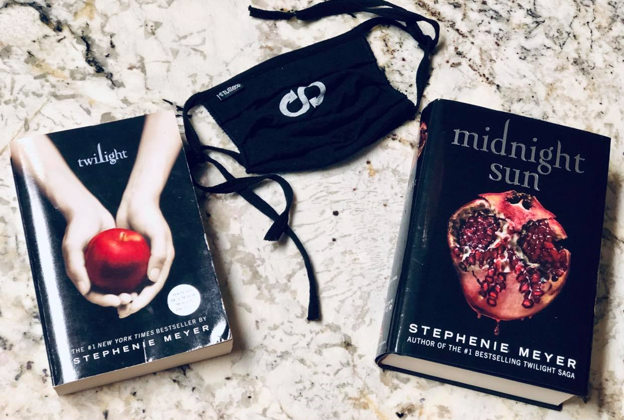