Bookmans Recommends: 8 Tales of the Apocalypse

Doomsday Fever has us in its grip. With shows like The Walking Dead and Doomsday Preppers, each with five or more seasons, we can’t get enough. How many times have you overheard friends strategizing about how to survive the zombie apocalypse? Underground bunkers are marketed towards “surviving the end of times!” The new Marvel X-Men movie is titled Apocalypse. Apocalypse is everywhere! To enable the inner fanatic in all of us, we rounded up the best post-apocalyptic titles in fiction. Nothing puts our mundane office jobs into perspective than reading about lack of food and air so toxic it will burn your flesh! We can’t blame these authors from all ends of the literary spectrum for jumping on the bandwagon.

1. MaddAddam Trilogy by Margaret Atwood
The circumstances leading up to the disaster days in this trilogy are eerily close to what we see in our world today. It almost hits too close to home. After independent corporations buy up all the necessities for survival, they begin genetically modifying animals and humans for their own benefit–going so far as to create illnesses. To speak poorly of their way of life is forbidden. In the first book of the trilogy, Oryx and Crake, we follow Snowman, who believes he’s the only non-modified human left. We learn of the deserted compounds, find an illegal group living off the scraps and learn of the horrendous world that brought him to where he now lives. In an all too plausible story, this trilogy might be this blogger’s favorite end of days tale yet!

2. Wool Omnibus Edition (Silo Series, 1-5) by Hugh Howey
Originally published as short story novellas, the Silo series was collected into a single volume due to reader demand. Wool is set in a silo where for longer than anyone’s memory they have lived below ground. Floor upon floor (144 of them) descend into the Earth, each with varying levels of importance and the mayor and sheriff living on top. Readers first learn how the silo functions and the politics that exist after humankind is stuck inside. These stories are full of treachery, death and misleading information. Each tale picks up where the last left off as the truth is revealed. Is the air truly so toxic people can’t survive outdoors? Are the members of IT behind the death of the mayor? Howey keeps you on the edge of your seat with each passing page. These stories will keep you reading well past your bedtime.

3. Southern Reach Trilogy by Jeff VanderMeer
This trilogy begins with the first book Annihilation. There are no giants but if you’ve seen Attack on Titan, you can get the general feel for these amazing stories. Civilization remains together in a secluded section while Area X, the rest of the world, slowly encroaches upon them. Eleven missions have been made into this contaminated area without success. As the trilogy opens, the twelfth expedition is set to take place with only four volunteer women on the team. Kickass! Readers don’t want to stop their foray into the story. Knowing the unique failures related to each previous mission, why did these women volunteer and what will make their mission different? As the team journeys into unknown territory, they realize everything they have thought or been told about Area X is a lie. They may have signed their lives away. Told from an all-female perspective, this trilogy sets itself apart from all other apocalyptic fiction.

4. California by Mike Lepucki
Husband and wife fight the wilderness of California as they struggle to survive. Believing they are the only humans for miles, their one contact is a traveling man who brings them tales of the desolate world around them and trades supplies. When they’re unfortunate enough to stumble upon anther surviving wanderer, the “me or you” mentality takes over. They struggle for food and heat to help them survive the winter. One fortunate or unfortunate day the wife stumbles upon a group of people living uncomfortably close to their encampment. After she suspects she might be pregnant, the couple seeks help only to find the group of settlers is hiding dark secrets. California is an original tale of survival of the fittest in a world no longer suitable for comfortable living. No government, no rules, no mercy. Just survive.

5. The Leftovers by Tom Perrota
Read the book; don’t watch the show! Perrota regales us with a heart-breaking tale that keeps us flipping pages to the end. Imagine: one day with no explanation, a random assortment of people vanish. With no clues, no meaning and no direction, the survivors, or leftovers, must rebuild without their wives, children, teachers or friends. Kevin Harvey loses his wife to a mysterious cult that pops up and then loses his son to an unknown prophet. We follow Harvey’s story as he tries to understand what is happening and to keep the town together as one of the few beacons of light in a town of confused people without hope. This is not only an apocalyptic tale, but also one of deep emotion and lots of tears.

6. The Calling, Endgame #1 by James Frey
We love young adult fiction and James Frey makes a great comeback after his Oprah scandal (You can read up on that one!) with this tale of the end of times. Think Hunger Games with more mystery and suspense. There’s one goal and that’s to find the three hidden keys across the globe. When you do, the game is over and so is humankind. There are no rules but there have been generations of training. If you love aliens, this book is for you. Believing the keys have been hidden by aliens at the dawn of time, they come back to commence the game. What makes this book different are the clues that entice readers to play along. Not only a great read but a challenge to break the clues, this YA story has us clamoring for more. Book two came out in October and with it the game continues. Are you ready for the challenge?

7. The Stand by Stephen King
Don’t let the size of this novel deter you. Every word, page and chapter all the way to its final page of 1439 are worth it! Another story set in a world that’s all too close to our own, we follow civilization, or what remains of it, after a terrible mutation of the flu wipes out almost all of humanity. This is a classic tale of good and evil, yin and yang in motion. This story pits the loving and encouraging Mother Abagail versus the terrible and chaotic Randall Flagg, each trying to sway humanity their way. A classic apocalyptic tale, it wouldn’t be Stephen King if there aren’t elements of horror intermingled with the rest of the story.

8. Station Eleven by Emily St. John Mandel
In Station Eleven, Mandel creates a unique end-of-times tale. Readers follow in the footsteps of a group of performers who call themselves the Traveling Symphony. Their goal is to help humanity rebuild by keeping the arts alive. After a flu-like virus ends most of humanity, we toggle back and forth in time. The story is told from the points of view of three characters: Kirsten, a symphony member, Arther, an actor from before the virus took course, and Jeevan, an EMT who impacted Kirsten in the final moments before all hell broke lose. Station Eleven is a fresh release we can’t seem to keep on our shelves!

With so many takes on a truly awesome topic, these authors merely touch the tip of the iceberg with their apocalypse tales. Not feeling the holiday spirit? Read a good old disaster novel! Have a sci-fi fanatic in the family? Pick up one of these great reads for a perfect gift. There are many more tales we didn’t mention and we’d love to make a recommendation specifically for your taste. Give us a call or come on in and we’ll take you on an end of days tour!

* Bookmans is your store to explore. If you are looking for a particular apocalyptic book, please give us a call and we will check our shelves for you. Otherwise, we hope you will come and browse. 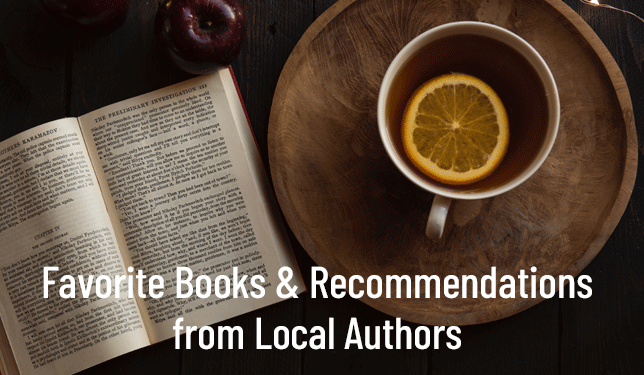 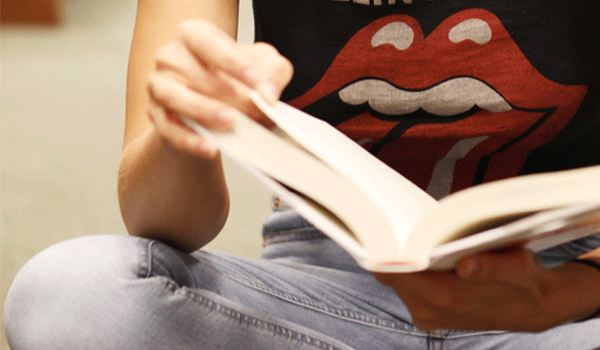 Back to School Books Bookmans Wants!

We've Got Books and So Could You