Video game developers flocked to this year’s Electronic Entertainment Expo (E3) to show off their best up and coming video games and technology. Held June 16-18 at the Los Angeles Convention Center, the entire conference was streamed online so that gamers worldwide could watch the most prominent game developers, including Microsoft, Bethesda, Square Enix and BioWare, present new products for the coming year. We selected a few of our favorite highlights of E3 2015.

The announcement and presentation of Fallout 4, Bethesda’s newest game in their lauded post-apocalyptic, open-world series, has many gamers chomping at the bit to experience a return to the wasteland. Set in Boston and beginning before the bombs fell, Fallout 4 features a new robust customization system that allows players to customize weapons and build player homes and settlements from items found all over the wasteland. Bethesda offers a functional Pip-Boy that works with your phone as part of the Fallout 4 Pip-Boy edition, as well as a free mobile game, Fallout Shelter.

Microsoft, always pushing the boundaries of modern gaming technology, amazed audiences with the demo of their new HoloLens technology. HoloLens provides players the ability to play games via a holographic headset that creates the game’s playing field on whatever surface the gamer looks at, providing an immersive, 3D gaming experience.

One of the most surprising announcements came from Square Enix who, in addition to releasing two more Kingdom Hearts games, is releasing a remake of beloved Final Fantasy VII. Originally released on the first Playstation system in 1997, Final Fantasy VII changed the face of video games with its movie style cinematics, emotional storytelling and the exquisite music of Nobuo Uematsu. Fans of the game begged for a remake updated for modern systems and Square Enix listened. The remake does not have a scheduled release date yet, however many speculate it will drop in 2016.

Following the release of wonderfully successful Dragon Age: Inquisition last year, BioWare announced Mass Effect: Andromeda, the latest in their celebrated Mass Effect series. This new Mass Effect follows a completely different storyline than the previous trilogy, as well as explores a completely different galaxy! It utilizes Bioware’s new Frostbite engine, which provides more realistic and dynamic graphics. It is set to release in the fourth quarter of 2016.

For more thrilling E3 2015 news and gameplay videos, watch the developer press conferences online at the E3 website. We’d love to hear from other gamers. What E3 2015 reveal has you geeking out? 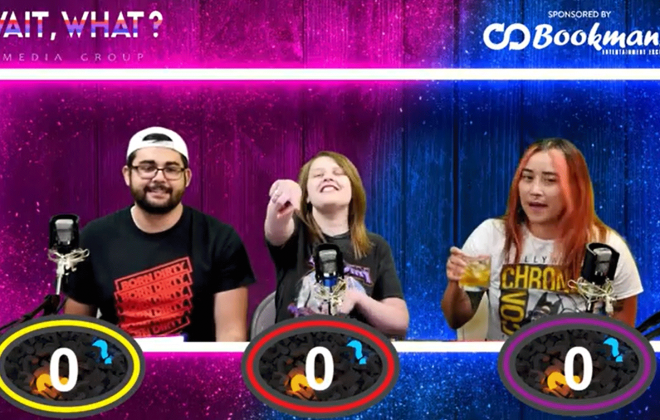 Games, In Our Stores, Play: A Gamer's Blog, Uncategorized