It’s no secret that Gwen Stefani has topped the charts. Ever since she first hit the music scene 1986 with No Doubt this ska chick from Anaheim turned pop diva has consistently produced hit after hit. She has not only maintain rocksteady status, she has become a fashion icon, actress, mother, and world traveler. Underneath it all, she’s just a girl but to the rest of the world, she’s an icon. A song writer with such amazing lyrics that almost anyone who listens to her albums, both solo acts and with No Doubt can relate in some way. An incredible lyricist, Stefani’s songs emulate her own life experiences. With no fear and killer abs at age 46, Gwen Stefani has earned her way to the top.

It almost seems effortless for Gwen to pump out lyrics. “Cause I’ve been acting like sour milk all on the floor It’s your fault you didn’t shut the refrigerator Maybe that’s the reason I’ve been acting so cold?” Yeah, you’re welcome for finally solving that lyric’s mystery. She has a way of being completely vulnerable while at the same time capturing a beat that is purely original. With titles such as “Ex-Girlfriend”, “Don’t Speak”, “Sunday Morning” and making broadway cool not once but twice, Stefani is clever, relatable and you kinda just want to hang on a boat with her and Eve. With her latest album, This is What the Truth Feels Like, she has started exploring different ways to express her music in almost a performance artist way. Her video for Used to Love You opens up to all of her fans about her divorce from Bush’s, Gavin Rossdale. The raw emotion alone in this video sent shock waves to fans all over the world, and it lead to even more love for the ska-pop singer. If that were even possible.

It doesn’t seem like this “Rich Girl” is anywhere close to slowing down. She is dedicated to her fans and has acknowledged that writing songs is her gift to the world. She has been a coach on the show The Voice, has gone very public about her budding romance with Voice co-star Blake Shelton and continues to write lyrics for new and upcoming songs. So far in her career she has written 91 songs that have been released, launched L.A.M.B, her fashion line and was ranked 13th in VH1’S “100 greatest women in music”. If you’re ever looking for powerful relatable lyrics, pumped up music that you can dance to or even just a catchy song to sing along with, Gwen Stefani can and will provide. She ain’t no Hollaback Girl.

***Bookmans is your store to explore. If you are interested in an item mentioned here please give us a call and a Bookmans staff member will be happy to check our shelves. Otherwise, we hope to see you soon perusing the Bookmans shelves for all your music needs. 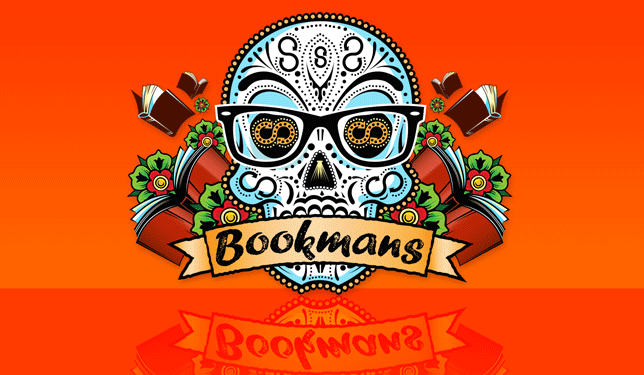