The highlights of summer include swimming, cold drinks, vacation, beach reads, wearing flip-flops, eating popsicles and, of course, blockbuster movies. August marks two of the most interactive observances of the season: International Day of Friendship and Bookmans’ Movie Madness Month. How better to celebrate than with the all-time greatest on-screen buddies? Grab some chums and watch one of the following film-friendships for a social movie night.

5. Harry, Hermione and Ron
Everyone meets best friends at school, but there’s nothing more magical than meeting kindred wizards at boarding school. Harry Potter, Hermione Granger and Ron Weasley grew up before our eyes over the span of eight Harry Potter films. This heart-warming and heroic trio makes a perfect excuse for a movie marathon. Check out the photos from A Very Potter Party at Bookmans Flagstaff and be sure to attend Hogwarts House Party at Bookmans Phoenix in September.

4. The Dude and Walter
Best friends and bowling buddies, Jeff “The Dude” Lebowski and Walter Sobchak, create a dynamic duet. Even in hard times of struggle, kidnapping capers, cases of mistaken identity and the loss of a bowling companion, these two have each other’s best interests in mind. The Cohen Brothers’ film The Big Lebowski might be the most watched movie ever. If it isn’t, it should be. If you agree, let’s have a blast together at Dudefest at Bookmans Phoenix.

3. Anna and Elsa
When a couple of princesses, a roguish mountain man, a reindeer and a loveable snowman get together, there’s no limit to what they can do. Through trials and tribulations, true love proves to be the one constant in Frozen. This popular animated film shows audiences that sisters make the best friends. Don’t miss a screening of the hit film, ice cream, crafts and games during Frozen Fun at Bookmans Speedway.

2. Groot and Rocket Raccoon
An extraterrestrial tree-like creature, Groot’s purpose before becoming a Guardian of the Galaxy was to invade and capture humans for experimentation. Naturally, he is best friends with Rocket, an intelligent, anthropomorphic raccoon who is an expert marksman and master tactician. Enter to win Harkins passes at our Scoundrels of Cinema event this month and see the Guardians of the Galaxy, or your choice of summer blockbuster.

1. Han and Chewie
The Millennium Falcon may be the ship that made the Kessel Run in less than twelve parsecs and outran Imperial starships (not the local bulk cruisers mind you, we’re talking big Corellian ships), but it’s nothing without the teamwork of Chewbacca and Han Solo. Intergalactic best friends, Han and Chewie are integral to saving the universe from the Dark Side and to making the Star Wars films a hit. Though they don’t know it at first, the Force is strong with these two. Catch Star Wars Reads Day events at both Bookmans Mesa and Bookmans Phoenix this October.

Whether you prefer the theater experience or enjoy movies at home, one thing is for certain — it’s better with best friends. Take a look at the Bookmans Event Calendar for more free movie-inspired fun this summer. 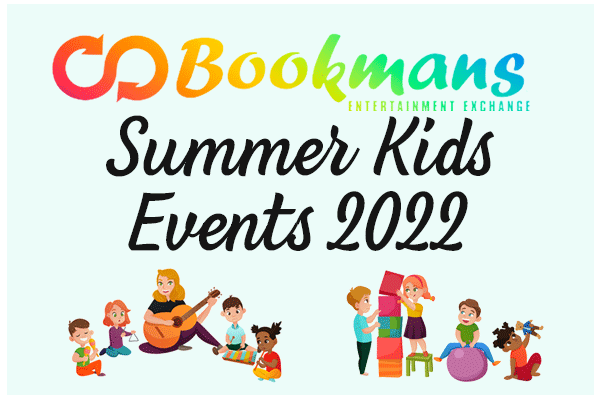 Free Summer Kids Events are Back at Bookmans! – Tucson

Community Events, In Our Stores, News 0