Movie Madness: Tales From the VHS Video Vaults, Part One

It’s August, and here at Bookmans that means Movie Madness! Sure, everyone is talking about Suicide Squad or the latest Hollywood Hits – but what about those films that are very often overlooked? We’re talking about those oddball films filled with nostalgia, usually made with no budgets, the not very common, yet those that have built a cult following in their own right. With the recent announcement that Japan based Funai would cease production on the very last made VHS player, and the production of VHS tapes officially ended in 2008, my Movie Madness is raging.

My Movie Madness this month will be a four part weekly series showcasing those awful yet oh, so good films that haven’t seen the light of day since their Original release on VHS. They have not been released on any official DVD, Blu-Ray, or digital form. They only live in a 2 Channel/Stereo VHS limbo. I  present some of my personal favorites. Enjoy, movie buffs…

Coming off his fame on Tv’s Diff’rent Strokes, child actor, author, musical artist, comedian, and later  politician, Gary Coleman takes off running in this fun family hit. I originally saw this in the theater, and always had trouble finding it not already checked out when it was released on VHS at the local video store. It has everything! Comedy from Mr. Roper in Three’s Company, Lisa Eilbacher from Beverly Hills Cop and 10 to  Midnight.  Sid And Marty Krofft fans will also notice Kaptain Kool And The Kongs singer Michael Lembeck in this film. I can’t say enough awesome things about it. Its Gary Coleman…enough said.

From the Video Box:  “While some may not view a railroad station as am ideal home, 10 year old orphan Lester finds his Union Station residence more than adequate. It serves as a comfortable refuge from the frantic city life until Lester’s extraordinary knack for picking racetrack winners becomes public knowledge.”

This was originally aired as a Disney Channel Exclusive and was later released only overseas on PAL VHS. Amy Yasbeck (Wife of John Ritter) takes on the role as Madison. This movie has both its pros and cons, (with Dody Goodman reprising her role as “Mrs. Stimler”, Tom Hank’s hilarious secretary who’d been hit in the head by lightning in the original Splash). It was an honest attempt and does have its moments and catchy opening original 80’s soundtrack song.  The rarity of it and the nostalgia make this “Under The Sea” gem is worth diving in and looking for.

From the Video Box: “Splash, Too is the 1988 Disney TV movie sequel to the 1984 movie, Splash. Directed by Greg Antonacci and written Bruce Franklin Singer, this TV movie stars Todd Waring as Allen Bauer and Amy Yasbeck as Madison Bauer (a mermaid). Set four years after the events of the first movie, it is revealed that both Allen Bauer and his wife Madison (a mermaid) have been living on a deserted island hideaway. Allen becomes bored on the island and admits he misses life in New York City and his brother Freddie, and Madison, aware of Allen’s sadness, has an ability to view/communicate by simply running her index finger in a circular motion on water, shows Allen how things are going on back in New York with Freddie. Realizing that the family business, Bauer Produce, is in trouble since he left Freddie alone, Allen tells Madison that it is time to return to New York and help save the family business…Later on in this story, Madison has her own agenda: to save her dolphin friend Salty, who is being held in captivity by Dr. Otto Benus (Mark Blankfield) for research. While trying their best to hide Madison’s secret, both Allen and Madison do their very best as a married couple, growing closer to one another during this adventure.”

We have more Movie Madness with this title from the 80’s. Hamburger is pure 1980’s ridiculous comedy at its best. Featuring a cast of NFL Star Dick Butkus, 80’s heartthrob Leigh McCloskey, and “CHipS” Randi Brooks, this theater bomb became popular airing at night in the early days of Showtime and Cinemax. A more common title found in most video stores, this super-sized treat is easy to find. Along the humor lines of such films like Police Academy, Caddyshack, and Hot Dog: The Movie it doesn’t fail to disappoint in its fast food delivery of fun!

From the Video Box: “Russell Procope has a beef. Every university he attends kicks him out on his buns for getting too friendly with the congenial coeds. If he doesn’t cook up a college diploma soon, he’ll be cut off from the meaty trust fund promised by his family. Russell’s only hope is to cut the bull. There’s no better place to cut it than at Buster Burger University. Where they are serving up an unappetizing education on how to manage a Buster Burger franchise. All Russell has to do is graduate and earn the diploma he hungers for, is to keep out of trouble. But for this footloose, would be grill-king, that’s no short order!”

What can I possibly say about this movie that doesn’t speak for itself? It features John Stamos as an gymnastics action hero, Vanity as his gun wielding, stunt driving sidekick/girlfriend, and Gene Simmons from Kiss playing an insane murdering hermaphrodite. The tagline for this film was “Vanity: The new breed of temptress! Stamos: The new breed of hero!”

This movie gives and gives from start to finish. Action, heavy metal, street fights, and Vanity – it has it all.  Interesting fact: one of the outfits Gene Simmons wears as Velvet Von Ragnar was originally used by TV’s Wonder Woman Lynda Carter on one of her variety shows where Kiss performed with her as backup dancers. Yes…backup dancers! This is one of those titles usually found in most video stores. Find your inner “Stargrove” and track this down today!

From the Video Box: “Action: Bond Style. Beauty: Vanity Style. Hero: American Style. Never Too Young To Die stars teenage idol John Stamos and the beautiful Vanity and two of the most dynamic secret agents seen in years. Gene Simmons plays the supervillian who plans to take over the country, and finds his plot blocked by Stamos and Vanity. The two suddenly find themselves the targets of the vicious Simmons, and must take on the maniacal hermaphrodite. Powerful heavy metal music, state of the art weaponry, and the explosive chemistry between two of the sexiest stars on screen blend to make this exciting action flick an automatic winner.”

Can’t get enough of these forgotten treasures? Are you ready to replace the AA’s in the remote and heat up the Jiffy Pop to satiate your Movie Madness? Well then, join me next week, for “Movie Madness: Tales From the VHS Video Vaults Part Two” where we explore even more obscure titles.  In the meantime remember to “Please Be Kind, and Rewind”.

Which Ninja Turtle Are You? 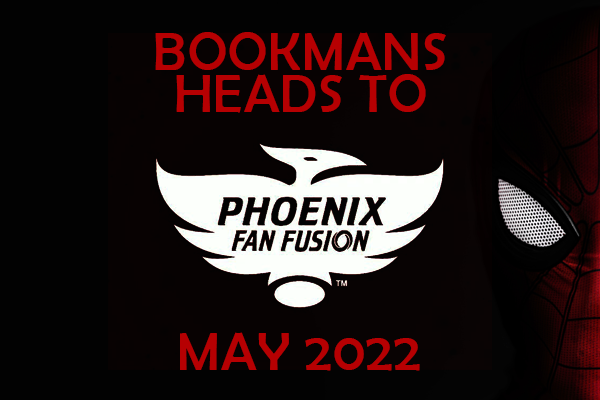