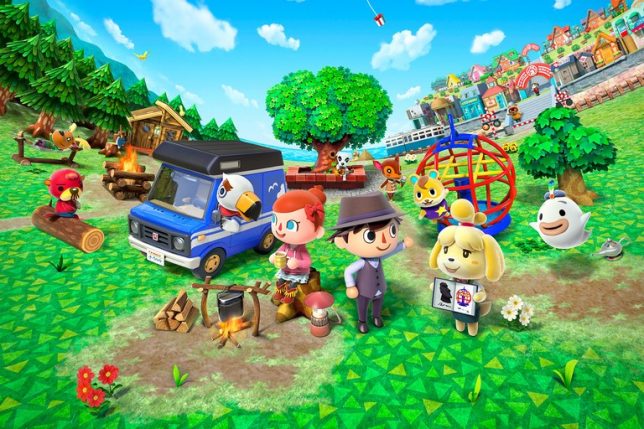 Why Animal Crossing, you are already asking? I am definitely not the type of person who likes action-packed, fast-paced games. My fingers aren’t built for boss fights or first-person shooters. I prefer a more laid-back gaming experience. That is why the Animal Crossing series is one of my favorite video games of all time (next to Pokémon).

In Animal Crossing, your player character is brand new to a town filled with unique characters. That includes Tom Nook, a money-grubbing raccoon who owns the one-stop-shop, Nook’s Cranny. It also includes Isabelle, a kindhearted secretary. Everyone is basic but in an engaging way.

In honor of the release of the newest edition to the series, Animal Crossing: New Horizon, coming out on the Nintendo Switch, March 20th, (if you haven’t seen the trailer watch it right now), here are a few of my favorite things about Animal Crossing. I kid you not, your character has something witty to say about literally every single bug or fish they catch.

K. K. Slider is my favorite character in the game. He is a traveling guitarist and is only accessible during certain days of the week. His songs are so mesmerizing. Give Forest Life a listen!

Friends
There are so many reasons to love Animal Crossing, but one of the most powerful reasons is the friendships you make with the other townsfolk. The Quirky Neighbors
Every town has its fair share of funky neighbors.

Finally Paying Off Your Home Loan There is no greater feeling than finally earning enough bells (money) to pay off your enormous home loan.