Home > In Our Stores > Geek Out with Bookmans

Geek Out with Bookmans

The best part about geeking out is that you can geek out about anything. Literally. Everybody has a different passion and celebrates that love in unique ways. With so many means of geek-ery, it is impossible to run out of things to keep your interests piqued.

We pride ourselves on being an outlet for people to support their geek habits. We cover the needs of just about any geek out there. Whether you are looking to read up on a subject, have an all day movie binge or are searching for an obscure vintage video game, we most likely have something you’ll want.

With such an assorted array of products, we attract a diverse group of people to our stores. People who live life the way they want and aren’t afraid to share their joy with the world. Our employees are some of the biggest geeks around. Behind the counters at our stores, we have a plethora of personalities and interests; our stores are a melting pot of geek culture. We asked some of the employees at Bookmans Ina to reveal what they geek out about the most.

“I geek out over the band Rush, Beer and Presidents… also playing guitar!”
-Robert, Assistant Manager

“I geek out about skateboarding, Lord of the Rings, pugs (I know everything about them and own one named Gimli,), boys, A Series of Unfortunate Events, Nirvana, Horror Movies and the T.V. show Roseanne.”
-Makyla, Electronics Department

“I geek out about raising my gamer score on Xbox Live, Bruce Wayne being the coolest, and when an obscure Beatles song comes on the Radio. I also geek out when a director uses a cool shot from an old Hitchcock movie and when Daniel Bryan makes his entrance on WWE Raw.”
-Cliff, Electronics Supervisor

“I geek out about SciFi books of all sorts. As well as Harry Potter, Star Trek, travel and anything Disney. I geek out about cool new tech gadgets (not cell phones or things like that, more along the lines of robotics). I geek out about how awesome my husband is when we are geeking out together… and of course RPG games.”
-Sarah, Book Department

“I love Harry potter to the point of obsession. I love playing trivia and learning facts that other people consider useless. I also play MMORPGs like World of Warcraft, Lord of the Rings Online and Star Trek Online more than I should. I geek out over my pets because I love them so much. My Instagram and Facebook are pretty much dedicated to their existence.”
-Mary, Events Liaison

Let us support your geekery too. What is it that you love? The first five people to leave us a comment telling us what you love and which Bookmans location you visit the most will receive a $5 Bookmans Gift Certificate. Even if you aren’t among the first five, still leave your comment to help us know what you’re looking for next time you visit Bookmans.

No, You’re the Best! Thank You, Phoenix 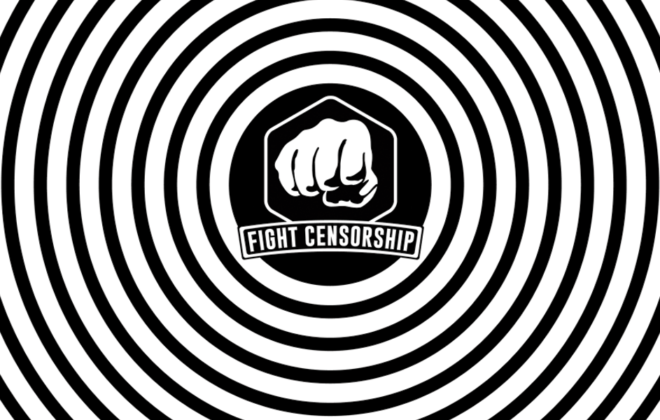 Are You with the Banned Books?