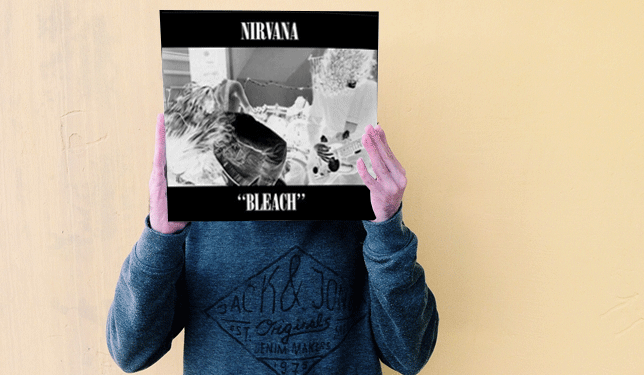 by Bookmans May 18, 2020
Inspiration, Musical Notes

When I was growing up, it was pretty normal to spend a Saturday with the family listening to records as we all spent the day hanging around the house. Thanks to a family with eclectic tastes that spanned decades, I was exposed to so many styles of music. I didn’t need to search for anything on my own because there were always so many options.

Until 1992… I was twelve years old and it was way past my bedtime, but there he was. Kurt Cobain on Saturday Night Live. Remember all that instrument smashing? It didn’t matter that I had no idea what he was singing about. From that moment on, I was hooked.

Twenty-seven years later is, Nirvana Unplugged in New York is still one of my favorite albums. It’s on my albums that make me feel really old, but who the heck cares because I’m 40. My tastes are refined.  Just because, here are a few others.

The Blue Album by Weezer

Tragic Kingdom by No Doubt

The Black Album by Metallica

There are so many more to add to this list. Music is one of the many reasons I love working at Bookmans. Every one of these albums has a memory of a person or concert attached to it. I can shop the aisles of the music section and be swept away to the past. Or if I’m up to it, I can ask my co-workers for recommendations for new music to listen to. Either way, I highly recommend you do the same. And rewatch that Nirvana SNL performance if you can. Totally worth it!

Freebie Fridays: Honey from Dried Grass by Cook and Rose

Summertime is Officially in Session at Bookmans!