“She is a friend of my mind. She gather me, man. The pieces that I am, she gather them and give them back to me in the right order.” = Toni Morrison, Beloved I’m still in mourning from Toni Morrison’s passing. But I was lucky enough one week before August 5th to see the Timothy Greenfield-Sanders documentary Toni Morrison: The Pieces I Am about her life and work. I feel so much gratitude that I was able to revisit her work through her voice and the voices of her contemporaries. I was able to see her alive and well on the big screen before her passing. 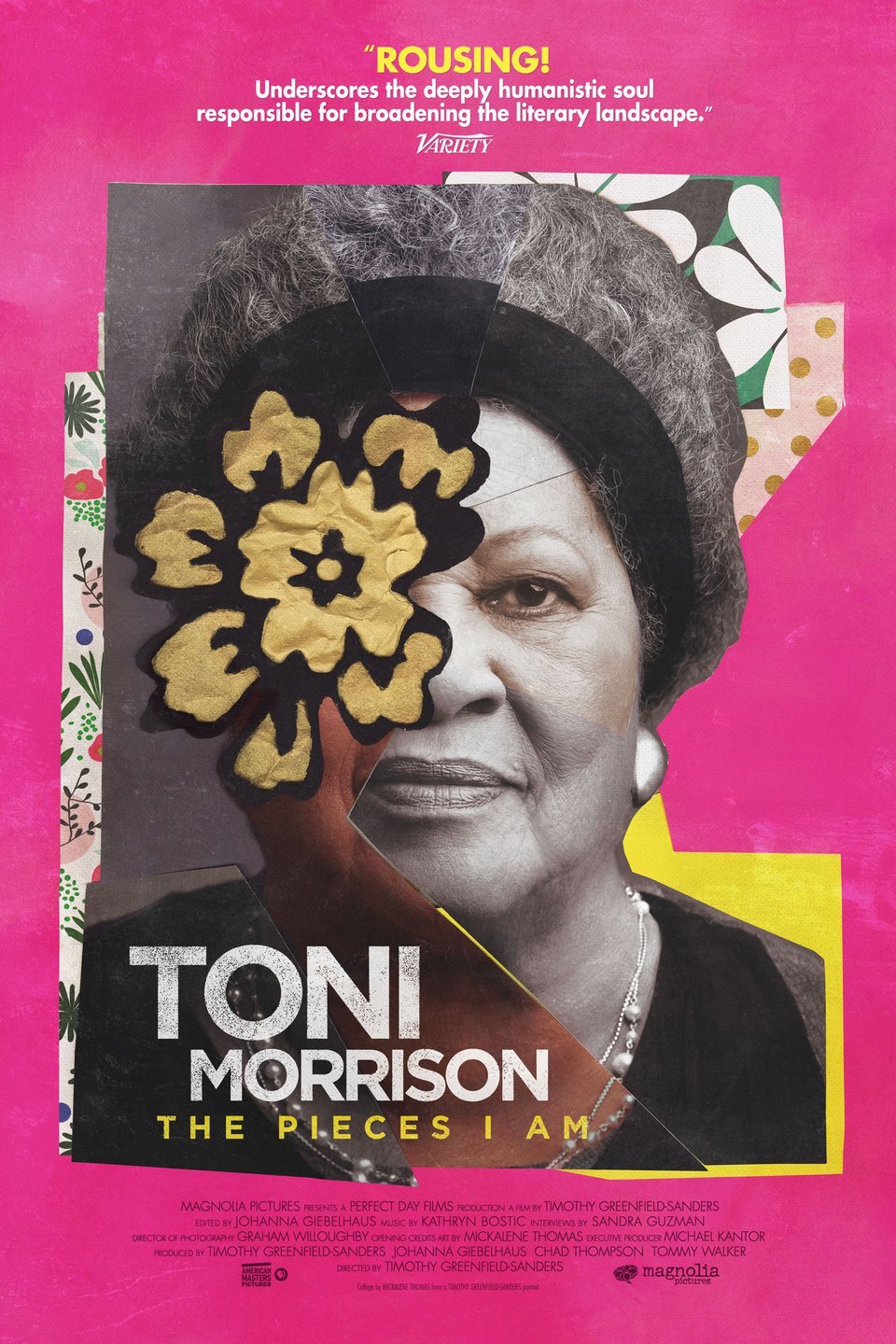 Morrison was the first black woman to win the Nobel Prize for Literature in 1993 for her “visionary force” according to the Swedish Academy. Beginning in 1967, she worked at Penguin Random House. Publishing writers such as Toni Cade Bambara, Gayl Jones, and Angela Davis while publishing her first few novels, including The Bluest Eye (1970), followed by Sula (1973), and Song of Solomon (1977) and five subsequent novels.

In 1987 she published Beloved for which she won the Pulitzer Prize for Fiction in 1988. Beloved was dapted by Oprah Winfrey who also starred in the film. She decided to leave Penguin Random House in 1983 and write full-time. She went on to receive the Presidential Medal of Freedom from President Barack Obama in 2012. This was among numerous other awards she earned until her death at the age of 88.

In remembering Morrison, I found so much joy and solace in reading the words of the writers and readers she influenced during her life. I wanted to share a few of those remembrances here. I think they best captured the power of words. The ability of words to help those who read them feel seen and understood; the way Morrison made me and so many others feel.

Tracy K. Smith, former Poet Laureate spoke about her relationship with Morrison and the imprint her work had on her in the documentary.

“I know that many of us who have devoted our lives to writing were first led to imagine such a thing was possible by Toni Morrison, whose work shed light upon lives — black lives — that we recognized as unmistakably familiar. Like James Baldwin, Morrison insisted that such lives were epic and poetic, and that they held the key to understanding every single thing about America.”

Glory Edim founder of Well-Read Black Girl a space online that “provides a vital space for Black women readers and writers to connect and grow in conversation,” shared these words:

Remembering Morrison made me think about the act of remembering. I would reflect on her eulogy of James Baldwin: “Jimmy, You crowned us.” The legacy of Morrison reignited mine and so many others passion for the power of words. It’s touching and what it means to truly be seen through the writing of another.

“Beauty was not just something to behold; it was something one could do.” – Toni Morrison