Get Caught Reading Banned and Challenged Books at Bookmans!

by Bookmans September 1, 2017
Core Values, In Our Stores, News

Banned Books Month is here! Every September, Bookmans proudly celebrates literature contraband as we highlight the astounding amount of titles that have been the subject of censorship. From the King James Bible to The Immortal Life of Henrietta Lacks to Brown Bear Brown Bear to The Adventures of Huckleberry Finn, censorship knows no prejudice. Titles across all genres have been removed from schools and libraries across the United States. Whether it’s a children’s picture book that is rumored to promote Marxism or a villain who is perceived to be too mean, books are banned or challenged more often than most people realize. It’s even likely that some of your most cherished bedtime stories were once banned. Bookmans stores across AZ are hosting a plethora of events for all you rebel readers out there who proudly read banned and challenged books.

Bookmans Flagstaff kicks things off with Banned Book Boggle. Stop in on Wednesdays for a chance to win a fifty dollar gift card courtesy of Bookmans Flag. But that’s not all! Check out some live music with Dylan Chapman and Saturday Morning Cartoons. Our Flagstaff store also once again attends Pickin In The Pines! Beside to stop by their booth and say hi.

You can win a Censorship Prize Pack at Bookmans Mesa. This swag bag has everything including three popular banned book titles and an OUT OF PRINT Anthony Burgess “Clockwork Orange” tote bag. #SoCool. Stop by at the end of the month for a Banned Book Story Time complete with Banned Book trading Cards!

Bookmans Phoenix wants you to Get Crafty at one of three cool craft events with Amazing Amy of Amyzing Crafts. Don’t miss out on an inconceivably awesome 30th anniversary celebration of The Princess Bride. And of course another Live from Bookmans event with The Banned Book Bash!

Think you have what it takes to win top prize at the Bookmans Northwest Super Smash Bros Melee Tournament? Well mark your palm pilot Princess Peach for this video game tourney to end all video game tourneys. If you love local lit beside to stop by the Local Author Fair taking place later in the month.

Bookmans Midtown wants you to plant giant peaches with magic green crocodile tongues at their James and The Giant Peach Party! Don’t miss out on meeting New York Times Best Selling Author and Illustrator Adam Rex. Don’t miss out on a weeks worth of event during Banned Books Week including a special story time featuring Maurice Sendaks Where The Wild Things Are. Bookmans Tucson stores will also be stopping by Love Of Literacy at the Tucson Children’s Museum and The Oro Valley Music Festival.

Bookmans East wants you to #GetCaught Reading Banned Books with their Banned Book Mugshot displays. Get your Yogi on at Parent and Child Yoga and enjoy a rad story time featuring banned and challenged books at Story Time and Music Hour. Bookmans East will once again host their Free Thought Fest featuring local authors.

To learn more about Banned and Challenged Books visit the American Library Associations website for a complete list of banned and challenged books and what you can do to help fight for your right to read! No one wants to live in Fahrenheit 451. Happy Banned Books Month!

Geeking Out with Bookmans 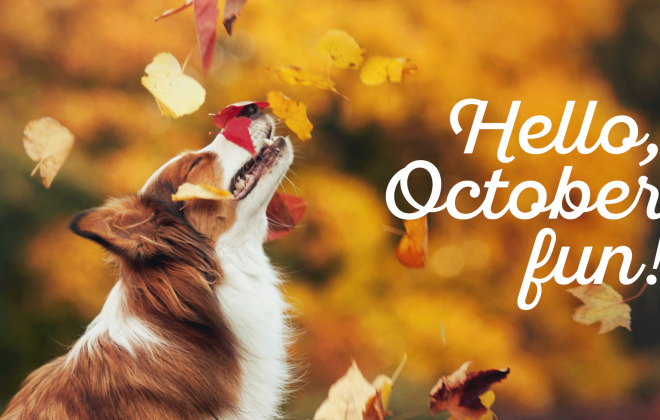