We love little more than an engrossing book with an independently minded female lead. It’s even better that our shelves are stocked full of them. Let’s take a look at three of the the many strong female characters in modern fiction.

Discussing strong female characters over our trade counter turned into a huge swoon fest over the character Lisbeth Salander from Steig Larson’s Girl With A Dragon Tattoo. Without going into a personal exposé on how this girl makes us gush, we’ll stick to the facts. Lisbeth is a badass chick working in the male dominated world of computer hacking and coding. She’s a social recluse who prefers to hide behind a computer screen than interact with the rest of the world. Taking on the code name Wasp and a slew of others, she doesn’t normally let her real identity out. Her lack of adherence to social expectations, pleasantries, courtesies or standards sets her even farther apart from the rest of her peers. While she may not hold the door open for you at the 7-11 she certainly follows her own set of notable moral codes. C’mon, her backlash at the rapist in the first book of the trilogy had some of us running around the house screaming, “Yes! Get em’ girl!” Not only that, Lisbeth helps solve the biggest mystery in the book. Without her genius, Mikael Blomkvist would still be poring over the manuscripts left to him by Henrik Vanger, moping about his demotion from the magazine Millennium and wondering why his life partner is sleeping with another man. Let’s face it, the poor guy would be lost without his beautiful, talented and profoundly brilliant counterpart, Lisbeth.

If prehistory is your thing, you might like Jean Auel’s The Clan of the Cave Bear. In this four-part story we follow Ayla as she struggles in the prehistoric world of neanderthals and mammoths. (Yeah, we know. This is a work of fiction so we won’t use this information on the test, but we love the story regardless.) After being stranded with a clan unknown to her own people, she must learn how to fit in to survive. When this doesn’t work out, Ayla is cast  to the wilderness on her own. She uses her ingenuity to develop tools and domesticate animals, feats far ahead of her time. Ayla is a strong, independent woman who questions authority and stands on moral ground. Ultimately, she becomes a religious leader and changes humanity. If that isn’t woman power we don’t know what is!

In the fantasy/paranormal romance books by Patricia Briggs, Mercy Thompson impresses us with her knowledge of car engines and shape-shifting. Briggs has released eight books thus far and all center on Mercy and her affiliations with the Fae, vampires and her alpha lover as well as her abilities to shift in and out of coyote form. Mercy isn’t set back by a little dirt under her fingernails. If she has grease smeared on her cheek, all the better. If she’s not fixing cars in her shop’s garage (Yes, women can run auto shops too!), she’s out kicking paranormal ass. Mercy isn’t a sleuth-y kind of lady. She kicks the door down with fangs barred and then sashays on her way out. These books make any lady feel empowered. Whether you’re trying to fix that alternator or rub a vampire’s nose in the dirt, Mercy shows you the way.

If one of these titles doesn’t intrigue you or if you already read them, try Margaret Atwood’s dystopian Handmaids Tale, Virginia Woolf’s classic A Room Of Ones Own or Marion Zimmer Bradley’s Mists of Avalon with its crew of female perspectives on the Arthurian legends. If you lack girl power inspiration, we are here to help.

* Bookmans is your store to explore. We cannot guarantee stock, so if you’re looking for a particular title and not in the mood to browse, give us a call ahead of time. We are happy to check stock for you!

5 Kids Books to Celebrate the Year of the Pig 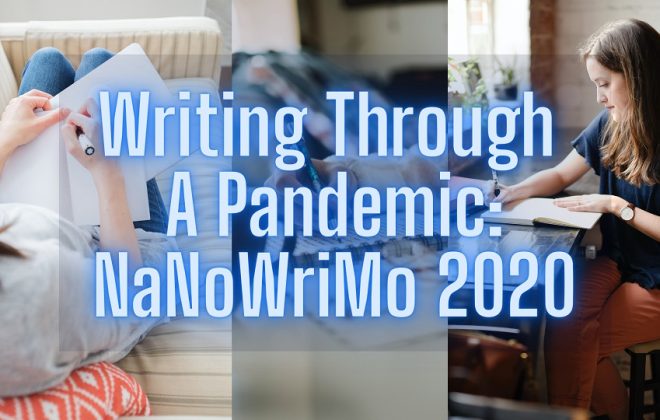 NaNoWriMo Through a Pandemic