September at Bookmans is a time to rejoice in rebellious reading, watching, playing and listening. We celebrate the fight against censorship with a venerable free-expression feast for the senses. But what about the taste buds? As to not forget these important receptors of flavor, we compiled a list of strange, unexpected and even outlandish foods to encourage you eat courageously across Arizona. To top it off, all of our selections are locally sourced and native to the forty-eighth state. This September, discover unique Arizona delicacies that are both travel-worthy and close to home. Rock the right to indulge by venturing out of the ordinary and trying a taboo taste.

Ponderosa Vanilla Latte at Firecreek Coffee
North of the Sonoran Desert among the San Francisco Peaks, resides a local coffee house overflowing with goodness. Firecreek puts their pine trees where their coffee is with the Ponderosa Vanilla Latte. In house, hand-crafted syrups include the aforementioned Ponderosa Pine, Salted Cardamom and Orange Lavender. Oh my.
Closest Bookmans: Flagstaff

Rattlesnake at Rustler’s Rooste
Nestled in the foothills of South Mountain, Rustler’s Rooste knows how to create a memorable dining experience. Upon arrival, guests are greeted by both a breathtaking view and a friendly live steer. The restaurant features a funhouse slide as an alternative to stairs and rattlesnake is the star of the appetizer menu. Not to worry, these rattlesnakes pose no threat to humans once they are deep fried and served with a spicy chipotle ranch.
Closest Bookmans: Phoenix and Mesa

The Jalapeño Shot at Los Dos Molinos
Not all rare Arizonan treats sting with venom, some use pure heat. The Jalapeño Shot at Los Dos Molinos is like a Triple Crown of desert delight. This deconstructed cocktail consists of three glorious components: Tanteo Jalapeño Tequila mixed with agave nectar, served directly in a hollowed-out jalapeño. May the tears of unadulterated spicy joy commence!
Closest Bookmans: Phoenix and Mesa

Agave Latte at Cartel Coffee
With locations in Tempe, Phoenix, Scottsdale and Tucson, Cartel is definitely an Arizona treasure. This local coffee roaster, bakery and tap room proves that a certain iconic and pointy succulent is more than just a pretty plant. Their signature Agave Latte is sweetened with the nectar of Sonoran Desert gods. And by gods we mean agave.
Closest Bookmans: Phoenix, Mesa and Grant

Chiles and Chocolate at Tohono Chul Park
Chocolate is commonplace and so too are most chiles, but when paired together, the collaboration is transformative. The Chiles and Chocolate and Día de los Muertos Festival at Tohono Chul Park features decadent chocolate, chile roasters, live music and edible chile plants. Throw in Day of the Dead-inspired face painting and our ultimate Southwest fantasy is complete.
Closest Bookmans: Ina

Prickly Pear Wheat Ale at Borderlands Brewing Company
Notes of cucumber, melon and homegrown prickly pear cactus create a delightful bouquet in the Prickly Pear Wheat Ale by Borderlands Brewing Company in Tucson. As if their tasty brews weren’t reason enough, we love Borderlands because of their environmentally conscious business model. Pop open this refreshing wheat ale made with locally grown and harvested prickly pear from the Arizona Cactus Ranch, a company that supports conserving water, energy and materials while using all natural ingredients. So Earth-friendly and delicious, we’ll have another!
Closest Bookmans: Grant and Speedway

Chiltepín Toddy at Exo
What do slow, cold brewed coffee beans, sumptuous Mexican chocolate, and Sonoran native Chiltepín chiles have in common? They come together to create an out-of-this-world Chiltepín Toddy at Exo Coffee in Downtown Tucson. The Chiltepín is thought to be the original species from which all other hot peppers descended. This iced coffee concoction is thought to be mind-blowingly amazing.
Closest Bookmans: Grant and Speedway

Bookmans supports all forms of free expression, be it books, music, film, video games or prohibited provisions. Stop in to the nearest Bookmans Entertainment Exchange this fall for an incredible selection of quality media and more. Be sure to check the Events Calendar to be in the know about fun and free events. A toast to boldly tasting where no palate has gone before! 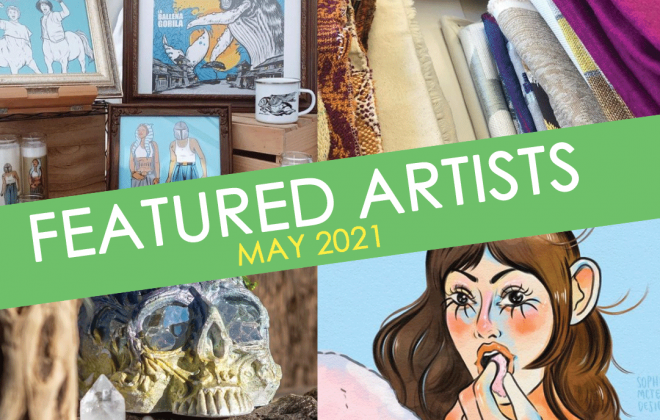 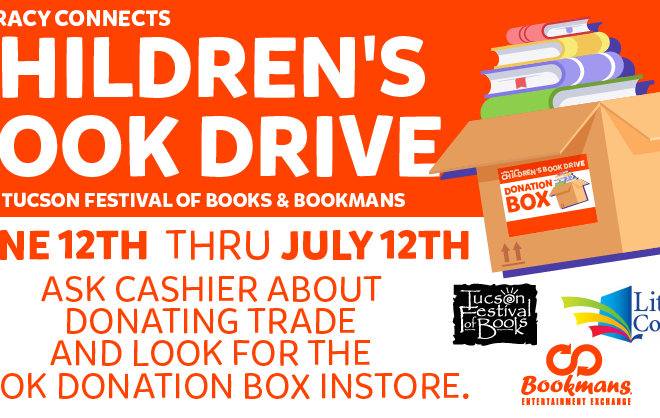